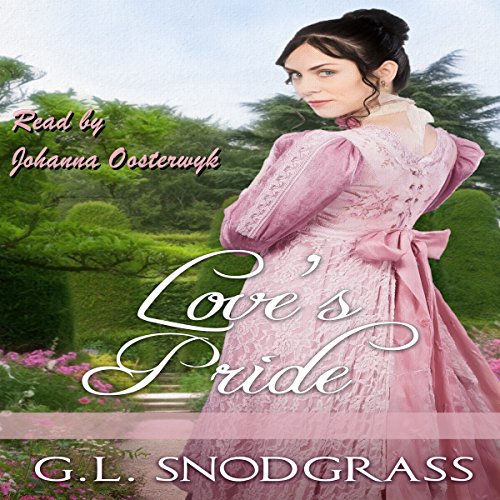 By: G.L. Snodgrass
Narrated by: Johanna Oosterwyk
Try for £0.00

The last thing wounded veteran Major Thomas Marshal wanted was a title. It wasn’t supposed to happen. But duty has a way of pulling a man into things he doesn’t want and away from the things he needs.

The only thing Miss Guinevere Harding needs is a safe place to hide. A job as the downstairs maid at Brookshire is the perfect refuge from a frightening past. Or at least it was until the arrival of the new Duke.

Miss Caroline Jennings has lost everything. Her home, her father, and any chance of happiness. What is more? If her father’s secret is exposed, she will be known as the daughter of a traitor.

Surely, life cannot get much worse.

When a carriage accident throws her into the river - fitting punishment for her father’s crimes - she is tempted to allow herself to succumb. It is only the thought of her two younger sisters and the strong arms of her rescuer that keep her among the living.

Viscount Beachmont is an ex-soldier and one of the richest men in Britain. A classic hero if she’d ever seen one. Big, strong, and commanding. Any woman’s heart would flutter like hers to be saved by him.

His heroics unfortunately have saved her for a life of loneliness and want.

However, when he offers her a marriage of convenience it seems the perfect solution to regain her life. The only danger she faces now is the possibility of losing her heart.

Only his love can save her.

What listeners say about Love's Pride

Modern USA slang and grammar made the stories feel wrong, even more so when place names were wrong, all the children's lines were spoken with faint USA accents and finally, in the last story the accents were something I'd never heard with not a hint of Yorkshire.

The narration is awful and the writing quite clumsy. The scenarios are also highly unlikely.

4 Regency novels, all were good. The adjustment of four men, meeting four different situations of the young women. For some it was passion, but wouldn’t be a mistresss or his wife. Another has lost everything. Romance didn’t come easy, and made good stories in an audio book for us. The narration and her voice added to the stories and was perfect for regency stories.
Given audio for my voluntary review and my honest opinion ..