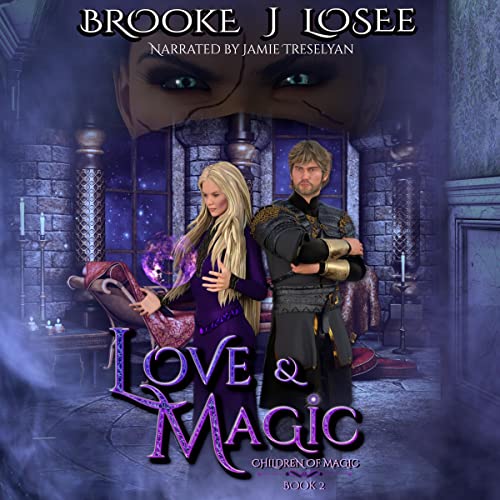 By: Brooke J. Losee
Narrated by: Jamie Treselyan
Try for £0.00

Hiring an assassin comes with a great deal of problems.

Strauth despises magic, and despises all those who wield it. When his brother devises a plan to eradicate those responsible for their father’s death, Strauth is eager to join the cause. Then, he receives his new assignment - guarding a witch, while her family is on an errand for the king.

Nothing terrifies Feya more than using her powers, and now she's been left behind, while her family searches for a dark sorcerer. To make matters worse, the lieutenant assigned as her guard clearly despises her.

When an assassin attempts to kill Feya, Strauth protects her, nearly losing his own life in the process. Escaping death changes hatred into something new, but the discovery of his brother’s hand in the scheme makes following his heart complicated.

Can Strauth keep Feya from those who want her dead, or will they both fall victim to the mysterious assailant?

What listeners say about Love and Magic

Nice easy listen. Not quite as much excitement as I usually like from a book but still good. Dual narration I think would have made it better.

Story well written and great narration.
I was given this free review copy at my request and have voluntarily left this review.

Brooke Losee did an amazing job at transitioning from the first book " Blood and Magic" to this book. I loved the story. I can't wait for the next book in the series.

I thoughly enjoyed this Audible book and the story. The depth of the characters continues as the story progresses. The Narrator does a Great job with the characters voices and the entire storyline. Really looking forward to the next book in this Series.

A must read fantasy romance!

I loved this story so much! A roller coaster of emotions and laughs and nail bitting suspense! it had a little bit of it all. Full of love and magic the title says it all ;)