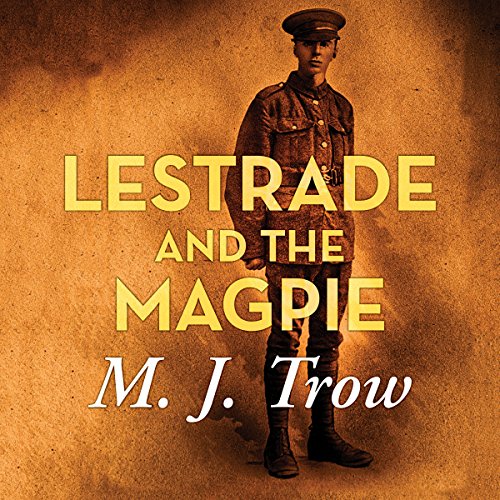 Lestrade and the Magpie

England in 1920 is a land fit for heroes. So why is one of those heroes found dead in a dingy London hotel? And why does his war record show that he has been missing for three years?

The deceased is the fiancé of Inspector Lestrade's daughter, and she sets out to find his murderer. As always with Lestrade, one murder has a habit of leading to another. How can a woman killed in an air raid in 1917 be found with a bullet through her head three years later?

A colourful web of intrigue unfolds as Lestrade and his daughter go undercover. When Lestrade's daughter is kidnapped, the writing is on the wall. And the writing says 'MI5'.

What listeners say about Lestrade and the Magpie