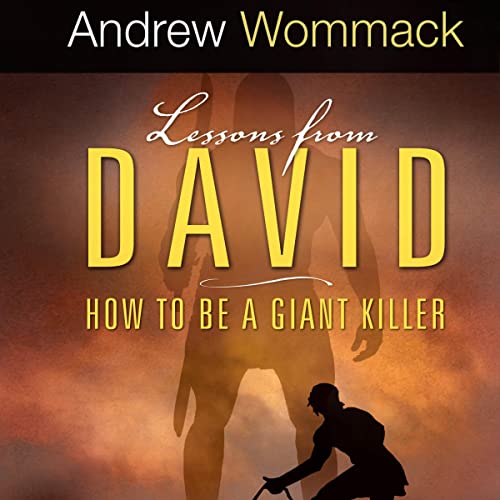 Lessons from David: How to Be a Giant Killer

By: Andrew Wommack
Narrated by: Jon Michael Miosky
Try for £0.00

Probably one of the most well-known characters in the Bible is David. He grew up a shepherd boy and defeated a giant named Goliath and then went on to be King of Israel. While king, David made some serious mistakes. However, David didn't try to place the blame on other people. He took responsibility and shouldered the blame himself. By doing this, he was described by God as a "man after his own heart". In this audiobook, you will learn that God has a good plan for every individual. But sometimes you can thwart that plan by your own desire to fulfill certain desires and dreams but God's grace can bring you back to the plan that God has for you.

Even though David made some mistakes and even cost people their lives, he repented and was able to turn the direction of those mistakes to want to serve the Lord. God's grace is evident through the entire life of David. Rather than having to go through your own hard knocks, the author encourages the reader to learn from these life lessons from David.

What listeners say about Lessons from David: How to Be a Giant Killer

Andrew makes a lot of good points on the importance of constantly keeping our relationship with the Lord fresh and to guard our hearts constantly.