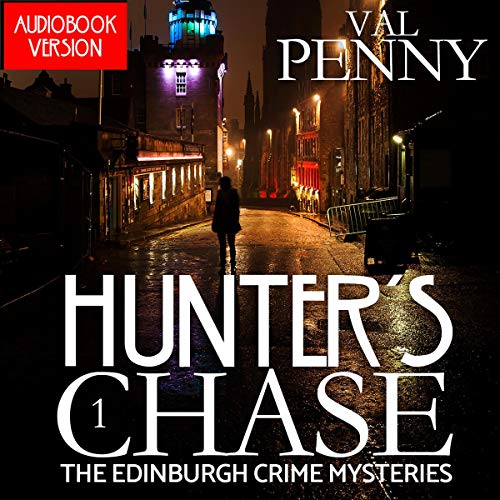 Hunter by name - Hunter by nature: DI Hunter Wilson will not rest until Edinburgh is safe.

Detective Inspector Hunter Wilson knows there is a new supply of cocaine flooding his city, and he needs to find the source, but his attention is transferred to murder when a corpse is discovered in the grounds of a golf course.

Shortly after the post-mortem, Hunter witnesses a second murder, but that is not the end of the slaughter. With a young woman's life also hanging in the balance, the last thing Hunter needs is a new man on his team: Detective Constable Tim Myerscough, the son of his nemesis, the former Chief Constable Sir Peter Myerscough.

Hunter's perseverance and patience are put to the test time after time in this first novel in The Edinburgh Crime Mysteries series.

What listeners say about Hunter's Chase

I met Val Penny this year at a writers workshop. This story is so obviously her brilliant creation. I know she says her later stories in this series are far better and I hope they get out on audible.

Fabulous performance of a wonderful book

I read this when it first came out. To hear it with the right accent was so fun.

Looked forward to each new chapter

The Scottish accent is now stuck in my head, but in a good way.