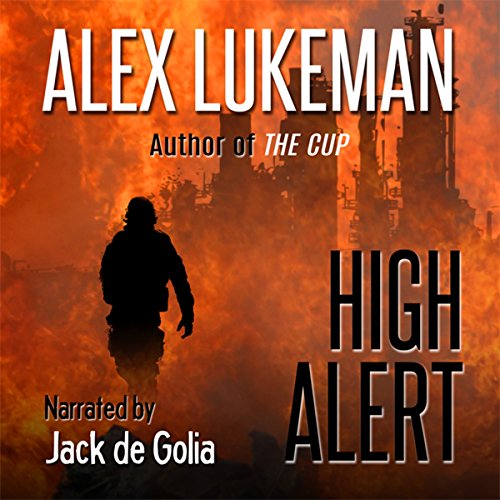 When an American missile submarine is sunk in the Sea of Japan, it's the opening move in a madman's plan to plunge the world into war. A day later, the Chinese ambassador to Washington is assassinated. Meanwhile, the unstable leader of North Korea prepares to attack America with a terrible weapon.

The US President calls in the Project, a deep black ops unit that goes places and does things others can't or won't do. They've had tough assignments before: but this time they're up against an unknown enemy, a man bent on vengeance against all of humanity. He won't rest until the world is turned into a radioactive hell...and when it comes to the Project, it's personal.

Can the Project team find him before he unleashes nuclear armageddon?

What listeners say about High Alert

Not Your Mom's Black Ops

When a madman plans to sends to United States into a nuclear war by sinking one of its subs and laying blame on another country it is The Project that sees through it, and is tasked with going after the real madman and stopping him before he causes other countries to launch their nukes, but will Nick and the team make it in time?

This is another non stop action, suspense filled, twist around every corner book by Alex Lukeman. I love his story lines and the characters, especially as they have become friends, and I fell instantly in love with the newest member of the team, Freddy, he is awesome. If you are lucky enough to get the hear the audiobooks of these wonderful books than you are in for a real treat with voice actor Jack de Golia lending his voice to the many characters and making each and everyone different, individual, and with their own little swagger to them as well, it is a production not to be missed.

The team is called in to go into unknown territories, and hunt for a madman who could destroy everything. Fast action to the last page. Given audio for my voluntary review and my honest opinion