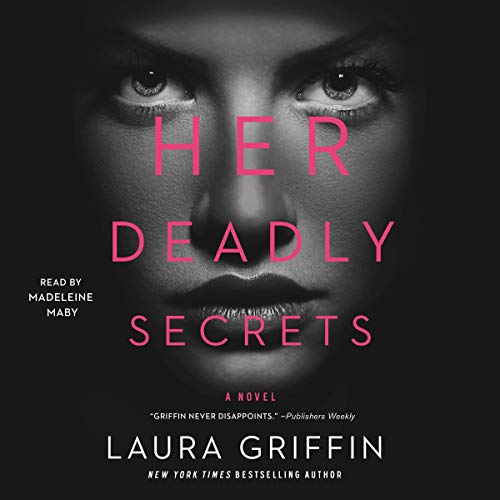 By: Laura Griffin
Narrated by: Madeleine Maby
Try for £0.00

A young private investigator learns the price of keeping deadly secrets when a vicious killer sets his sights on her in this pulse-pounding thriller from the USA Today and New York Times best-selling author.

Private Investigator Kira Vance spends her days navigating the intricate labyrinth of Houston’s legal world, and she knows all of its shadowy players and dark secrets.

On a seemingly normal day, she’s delivering a report to her top client when suddenly, everything goes sideways and the meeting ends in a bloodbath. Twenty-four hours later, the police have no suspects, but one thing is clear: A killer has Kira in his sights.

Fiercely independent, Kira doesn’t expect - or want - help from anyone, least of all an unscrupulous lawyer and his elite security team. Instead, she launches her own investigation, hoping to uncover the answers that have eluded the police. But as Kira’s hunt for clues becomes more and more perilous, she realizes she alone may hold the key to finding a vicious murderer. And she knows she must take help wherever she can find it if she wants to stay alive....

What listeners say about Her Deadly Secrets

great and very interesting story and characters! I really enjoyed this book. Enjoyed both the books in this ser6@

Kira Vance is the PI who is working with Ollie her boss, mentor. The case hired by the attorney defending the Dr who is accused of murder of his wife. Now Ollie while investigating is shot and killed, the attorney is shot and Kira is grazed. So now Kira continues the investigation on her own. The police are involved and she gets sequestered while the trial is ongoing. Her bodygauard Jeremy Owens tries to keep her feeling safe. There are many twists and turns that direct the plot. This suspenseful story keeps you wanting more. Madeleine Maby narrates this book in Audible, she compels your interest and directs you to the end of the book. The characters are believable and likable if not interesting. This was a great read. I recommend this book.

Not worth your time

This book was a waste of time. The storyline was weak and hard to follow. It felt as though the author was trying to do too much and it fell very short. The narrator’s voice is grating and made the experience very unenjoyable.

I usually Love Laura Griffins books but this one was very slow and never really picked up steam. I found myself waiting for something, anything, to happen.