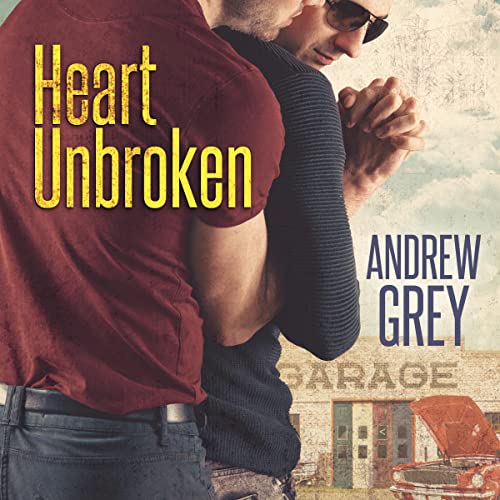 By: Andrew Grey
Narrated by: Miller Stevens
Try for £0.00

Car-restorer Dean Milford knows how to make damaged things beautiful again. Only, after a bad breakup, he loses sight of who he is, playing the field and distracting himself with any man he comes across. But now there’s only one guy who really matters to him. And maybe with his latest restoration job—a vintage Cobra—he’ll get the chance to let him know.

Losing his sight wasn’t the worst thing to happen to Lee Studer—losing his independence was. It’s taken a while, but he’s finally found his place in the world—in a garage. Funny enough, his acute hearing allows him to pinpoint engine problems just by listening. And even better, he’s going to have a chance to help his longtime crush, Dean, rebuild his fantasy car.

As the restoration comes together, so do Lee and Dean, building a friendship that quickly turns into so much more. But before they can think about a future together, they have to deal with the past. Only that turns out to be more dangerous than either one ever dreamed....

What listeners say about Heart Unbroken