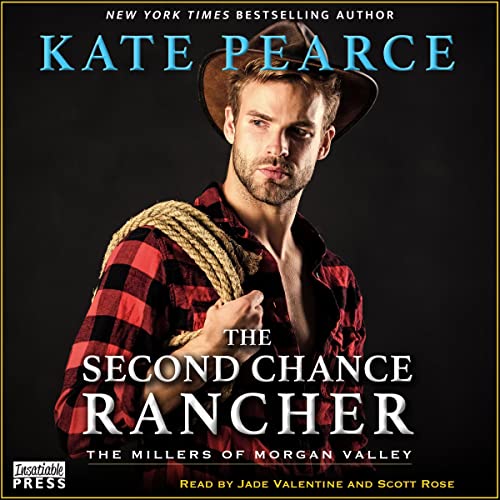 By: Kate Pearce
Narrated by: Jade Valentine,Scott Rose
Try for £0.00

It might be the pride of hard work on rugged terrain, the welcoming community, or the memories—but wherever the folks of Morgantown may roam, they have a way of coming back to the ranch . . .

There’s a reason Jackson Lymond left the Air Force, but he’s not telling a soul. He’d rather keep things simple, while trying to start a new life helping his older brother on their northern California ranch. At least Morgantown’s flirty local bartender can keep his mind off the past—that is, until he runs into Daisy Miller . . .

Daisy doesn’t really expect Jackson to remember her. Back in school she did her best to blend in—and pretend she didn’t have five brothers who’d hogtie any boy who even looked at her. These days, though, she and Jackson might have more in common than just their ranching relatives. After all, they both left home only to return. Trouble is, under the watch of her fiercely protective family, Daisy is longing for some privacy. Letting Jackson into her life could make that even more difficult—or it might be the second chance they’re both looking for . . .

“Pearce’s fans and contemporary romance readers will want to pick this one up and read it to the end.” —Publishers Weekly

What listeners say about The Second Chance Rancher

Loved the man's voice, but the woman sounded as if she was reading to children and with very little emotion. It really irritated me and broke my concentration when the voices kept swapping. One voice only please in future. It was a shame as I love Kate Pearce's books.