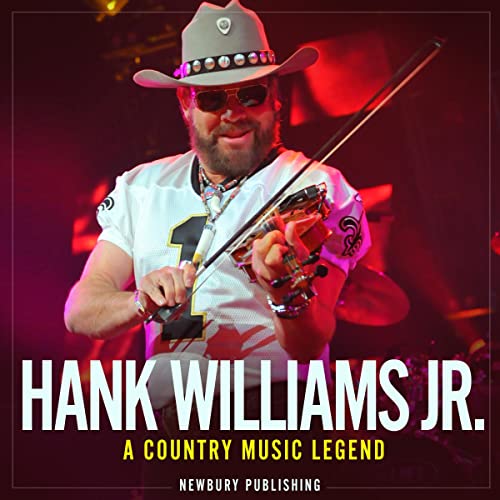 By: Newbury Publishing
Narrated by: Jim D. Johnston
Try for £0.00

Living in the shadow of a famous parent is never easy. But having to endure the legacy of a legend whose music and life transformed a nation is even harder. As if the unwanted attention from fans, reporters, and endless onlookers isn't enough, there is intense pressure of expectation to keep up the public image of the parent. Fortunately, there are a few examples of children of celebrities who dare to forge their own identities. While it is never easy and often takes a great deal of struggle and independent thinking, there are examples of success stories. One of the best examples is the life of Hank Williams, Jr.

The story of Hank Williams, Sr. is the tale of a tragic battle between drugs, alcohol, and infidelity. Unable to control his insecurities, Williams drank constantly, and his drunkenness impacted every relationship he had. Yet, the son's story is not the story of the father. While the life of Hank Williams, Jr. is a complex drama of struggle, resurrection, heartbreak, and success; it is a far cry from the self-destructive spiral of the legacy left to him by his father. Today, Hank Williams, Jr. is one of the most famous and admired entertainers of the century, far exceeding the sales and attention bestowed on his father. He has become a legend in his own right who continues to influence the landscape of country music in ways his famous father never could.