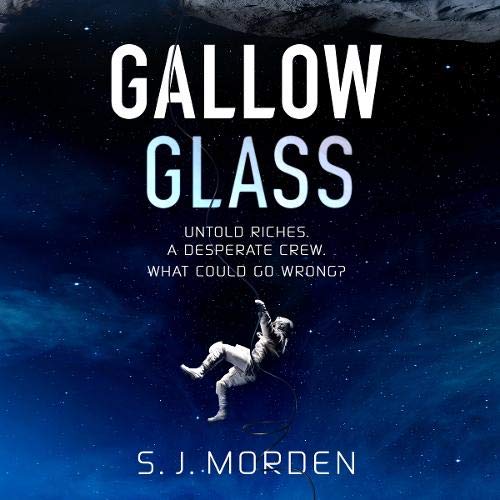 The year is 2069, and the earth is in flux. Whole nations are being wiped off the map by climate change. Desperate for new resources, the space race has exploded back into life.

Corporations seek ever greater profits off-world. They offer immense rewards to anyone who can claim space's resources in their name. The bounty on a single asteroid rivals the GDP of entire countries, so every trick, legal or not, is used to win.

Jack, the scion of a shipping magnate, is desperate to escape earth and joins a team chasing down an asteroid. But the ship he's on is full of desperate people - each one needing the riches claiming the asteroid will bring them, and they're willing to do anything if it means getting there first.

Because in space, there are no prizes for coming second. It's all or nothing: riches beyond measure or dying alone in the dark.

What listeners say about Gallowglass

An excellent story, engaging and thought provoking. Possibly one of the most realistic near-future space travel books I've listened to. Without wanting to give too much away, I found the contrast between the trips and the crews really interesting.

Another gripping and original story

SJ Morden is writing some of the best Hard Sci-Fi of recent years. Great story and excellent narration make this one of my favourites from 7 years of audible subscription.