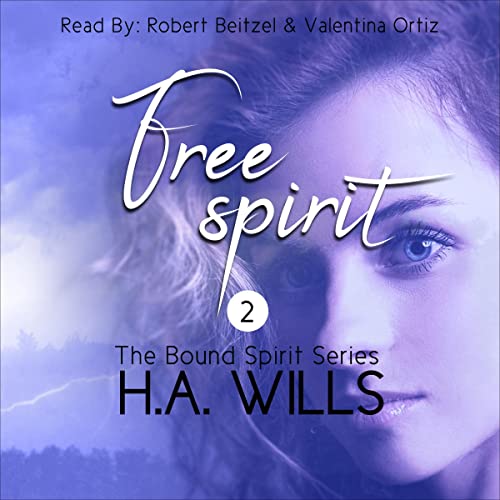 By: H.A. Wills
Narrated by: Valentina Ortiz,Robert Beitzel
Try for £0.00

The world is a very weird place, and for 17-year-old Callie, it’s gotten a whole lot weirder. The paranormal is real, and not only are her five new guy friends each some type of supernatural creature, she is too - actually, she’s the most powerful one of all. As a spirit witch, she’s part of an ancient sect of witches that were believed to have been wiped out millennia ago and have the power to control life itself. Unfortunately, her magic is bound by a spell.

Good news: The spell is weakening.

Bad news: If it breaks before she can get it removed, half the town might go up in smoke atomic-bomb style.

Mix in a jealous witch that has it out for her. The growing awareness that her newfound friends are...very attractive. And the murderers that killed her friend Felix are now after her. Callie has her hands more than full. Forget making it through her junior year. She just wants to make it to the end of October.

In this captivating and vivid paranormal reverse harem, join Callie on the next chapter of her journey of healing from the horrors of her past and finding where she fits in the world of things that go bump in the night.

What listeners say about Free Spirit

I already own digital editions of this series and love the stories and characters. That said, I've been dying for the audio versions to release! Valentina Ortiz is the perfect Callie and her male voices are excellent. Her narration is sometimes a bit more dramatic than what I imagined while reading but it just adds to the enjoyment of the story

Just keeps getting better and better

I LOVE this series so much. The writing style is unmatchable and I get completely lost in the story. The narration is on point and everything just draws you in. Definitely worth the money or the credit.

I loved the first book in the series. The heroine was so vulnerable but strong. This one felt a little different and the heroine felt weaker and some of her reactions were dumb. I still like this and will continue with the story, but I didn't love it. I felt like everyone was just a bit dumber in this one, and the relationships keep dog paddling in circles. I am glad it is sl of w burn, but I want more relationship development of a nonsexual nature.

I absolutely love this series!!! I can not wait to see what else happens!! Especially with Felix staying and will he tell them that he saw his door and choose to stay?!

this book was great and it was definitely worth the wait. I hope that the third book is as good it is a lot to live up to.