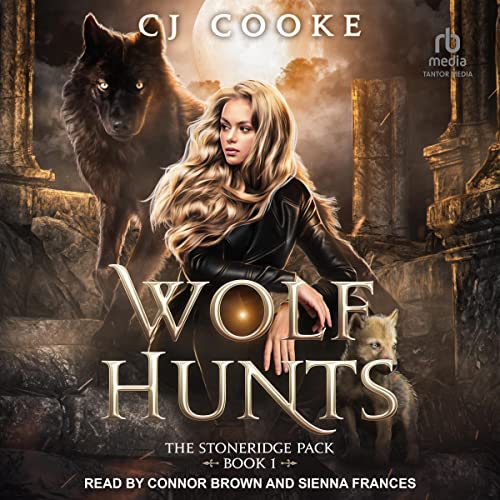 By: CJ Cooke
Narrated by: Connor Brown,Sienna Frances
Try for £0.00

How can you escape the hunt when everybody is hunting you?

Calli was born an impossibility. With the dual soul of a shifter and the natural magic of a witch, she was the first known shifter/witch hybrid. But in a world where witches hunt wolves to siphon their magic, and wolves kill witches, no questions asked, could she ever hope to find a place where she belonged?

When Calli's parents, a shifter and a witch, met and realized their mating would never be accepted, they went into hiding from both the Coven and the Pack. Despite living this way, Calli and her brother had grown up in a happy and loving home. After her parents are killed in a car crash one night, Calli's world spirals out of control. Now the guardian of her five-year-old brother, Jacob, they flee to America to hide. In Arbington, Calli and Jacob settle into the safe house their parents had set up. Even in death, they were watching out for them, but they soon discover a small wolf pack lives in the same town. Battling her confusing emotions towards the shifters only complicates things forcing Calli to make a decision. Trust her parents and stay? Or was it time to run again?

What listeners say about Wolf Hunts

While I enjoyed the storyline, in Chapter 36 with 6h 12m remaining there is a audible click then silence for the rest of the chapter and chapter 37 is missing in it's entirety. I gave up so I don't know if the rest of the book is the same.

This is a reverse harem, which I didn't realize going in but I still enjoyed the book. Typically with reverse harems I'm rolling my eyes, but they did a good job setting it up in a way that isn't so unbelievable I suppose, I guess it made more sense in this story then a lot of the ones I've listened to. I found the world intriguing and the characters interesting. It deals with grief, and the female lead was likeable and just trying her best to deal with this work she'd been thrown into. She wasn't a damsel or at all helpless, but it wasn't like she wrote up one day and was over powered either; it was really refreshing. I also thought both narrators did a great job. I quickly got through both books in the series, and I'm looking forward to the next.