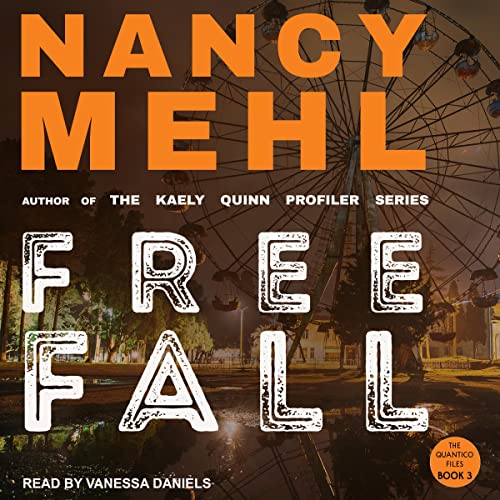 By: Nancy Mehl
Narrated by: Vanessa Daniels
Try for £0.00

Someone has been abducting women with long dark hair across Virginia. When the FBI is called in to help, Alex Donovan, a behavioral analyst, is tasked with putting together a profile. She's aided by her friend and colleague Logan Hart, but he has been acting strangely and won't say why. When the kidnapper demands that Alex meet him at an abandoned amusement park in exchange for the location of all his captives, she takes the bait. But the meeting proves to be a trap, and the building she's in explodes.

Finding herself imprisoned with several other women, Alex works to think one step ahead of her captor. But the more Logan and the BAU learn about the kidnapper, the more they fear Alex may not make it out alive this time.

What listeners say about Free Fall

This had me at the edge of my seat from beginning to the end of the story.