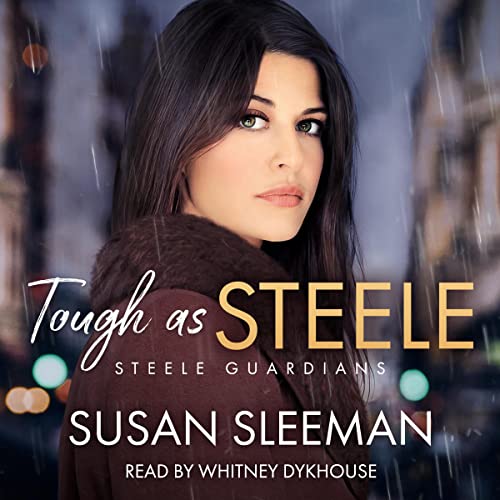 By: Susan Sleeman
Narrated by: Whitney Dykhouse
Try for £0.00

Searching for an abducted woman...

Detective Londyn Steele is thrown into the deep end when she’s assigned to find an abducted socialite. Problem is, her family’s company, Steele Guardians, was supposed to protect the family matriarch at her 80th birthday party when she disappeared, and Londyn fears her investigation will expose problems in her family’s company and bring them down. Especially when County Detective Nate Ryder declares jurisdiction over the scene and Londyn must take a back seat in one of the most important cases she’s ever investigated.

Could put them in a deadly killer’s crosshairs.

Londyn has no choice but to work with Nate and bristles at his interference at first, but soon forms a working truce so they can combine forces to locate this missing woman before it’s too late. As they search for leads, emotions he hasn’t felt since before his service as a Navy SEAL come to the surface. He credits Londyn for unearthing the guy he used to be before his military service, and Londyn can barely fight her attraction for him. But when they fear the socialite was murdered and the killer is still hunting, seeking another prey, their feelings for each other have to be put on hold to stay alive.

What listeners say about Tough as Steele

susan sleeman does it again with this thriller ... alot of twists and turns. I love how her stories have characters from her other books entwined in the story. Well worth the read

Sassy Detective at first butnthenbthe soft side comes out. two determined detectives seeking to find answers and rescue the damsel. Love has to fire in the hearts as the case intensifies.

I struggled to start this book. I think it's more of a very young adult book. I am trying to return it but I cannot figure out how.

The only bad thing in this book is that it came to an end. I love the journey to other previous book characters without losing the setup of future books, stories, and characters. This is my favorite Susan Sleeman book yet!

Just when you think her books couldn’t be better she releases a fantastic new series! I love that she use characters from her previous books! It is absolutely a must read! You won’t be disappointed! I hope the second book is released soon!

I liked Londyn Steele in Susan Sleeman’s other books. This is Londyn’s story and it’s great! Nonstop action with twists and turns. I can’t wait wait for the next book in the series to come out.
As usual, Whitney Dykhouse does a fantastic job narrating the story!!

This book did not disappoint. Loved all of it. Can’t wait for the next book!!

This is the first book in a new series by this author. The suspense and action are very entertaining, and the characters are strong, loyal, smart,and loving. It's a pleasure to have a mystery with a clean romance. The performance is very good. I look forward to more books in this series.

Worth an enjoyable listen

I look forward to book 2. Most books I listen to over a few days, this was over in less than 2. It was one that you were not embarrassed if someone overheard what you were listening to in some parts. Enjoyable!

As always, Susan Sleeman has written a wonderful storyline and Whitney Dykhouse has done a fantastic job narrating!! Can’t wait for the next one!