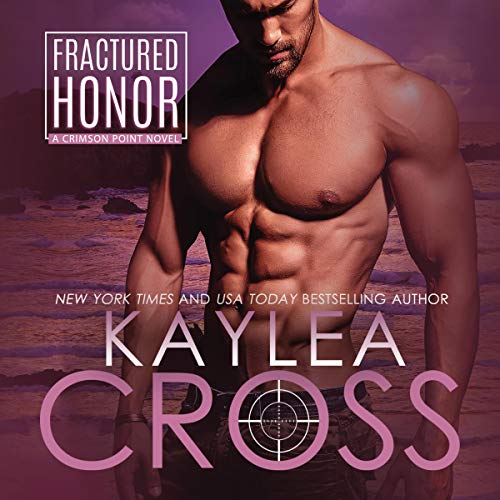 By: Kaylea Cross
Narrated by: Jeffrey Kafer
Try for £0.00

Weary from his years on the battlefield, Special Forces Captain Beckett Hollister has returned home to Crimson Point to take over the family business for his dying father. But adjusting to life outside the military is harder than he imagined, and being back home forces him to confront things he’d rather not face, including the one woman he shouldn’t want and can’t have - his best friend’s little sister.

Town vet Sierra Buchanan has known Beckett her entire life. She’s crushed on him for years, but because of his relationship with her family, the stubborn man refuses to see her as more than the girl he grew up with. As tragedy brings them together, neither of them realizes that the sins of Beckett’s past have come home to haunt him. When Sierra becomes the target of his unforeseen enemy, Beckett must vanquish his demons to save her.

What listeners say about Fractured Honor

Jeffrey Kafer does it again, brilliant all round

After serving his country for almost 2 decades, Beckett Hollister is retired and back in Crimson Point to take over his father’s construction company and be with him as battles cancer. Beckett is still haunted by events from his tours of duty but seeing his bff little sister is making it better. Can he really go there? Town vet, Sierra Buchanan has loved Beckett, from afar, for many years. Now he’s back and she’s hoping that he will finally see her as more than his friend’s sister. But as the pair grow close, something sinister is watching in the shadows. Can Beckett keep those he loves safe?
I really enjoyed this story and narration and am looking forward to Noah, Jace, Carter & Molly’s stories.