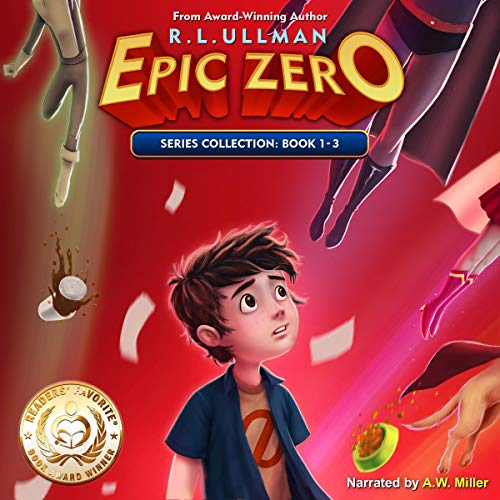 Growing up in a superhero family is cool, unless you're powerless...

All Elliott Harkness wants is to be a superhero. His parents are superheroes. His older sister is a superhero. Heck, even his dog is a superhero. But Elliott has a problem - he’s a “zero”, which is super-speak for powerless! So, while his family is off fighting crime, Elliott is stuck muddling through middle school.

But when danger strikes, and Elliott is Earth's last hope, will he find the power to be the epic hero he's always wanted to be? Or will he always be just an epic zero? Follow Elliott's hilarious journey to fit in with his family, save the world, and make it home for dinner.

Epic Zero is the laugh-out-loud, action-packed series that will entertain kids, middle school students, and adults.

I loved it, An amazing narrator makes an amazing story, this book was definitely one of my favourite books I have ever listened to.

Cool.inspired me to be even better then before. it was nervracking epic. I don't know what to say!!!

Wow, this book is amazing. Amazing storyline. Amazing everything. And the best thing yet, I didn't have to right a report on this