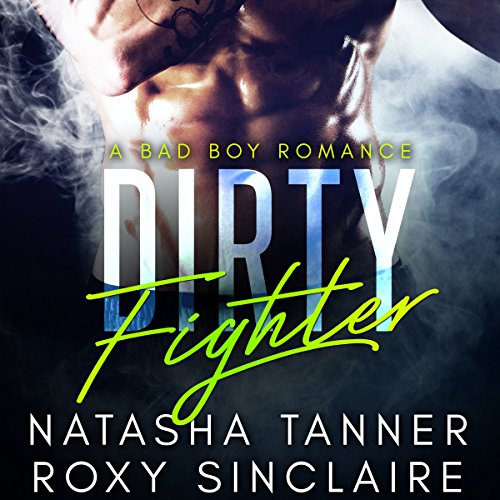 By: Roxy Sinclaire,Natasha Tanner
Narrated by: Addison Spear
Try for £0.00

Everyone has a dark past they would rather not dig up...

I know what it's like growing up in a house like that. I had to do some things I'm not proud of. But it was all for her. I would do anything to protect her.

But then we had to go our own ways, and I ended up taking part in underground MMA fights to live while on the run from the cops.

She's back in town. It's been a few years since I've seen Brooklyn. I want her so bad. I wonder if she feels the same, after all this time? I still haven't told her my deadly secret.

Yea we were well off, but that was just for show. My dad was just another abuser.

Adam was in school with me, though I thought he was a prick. Boy, was I wrong about that. He was there at my lowest point but we couldn't be together then.

I've been living the dream working in Hollywood on the big screen. I just wish I had someone to share it with.

My mom died so I had to go back to town. The same town I vowed not to ever return to. I wonder if anyone will know where Adam is now. I never got to tell him my deepest, most lethal secret.

Dirty Fighter is a bad boy MMA romance with some mature themes. There is no cheating, no cliffhanger, and a guaranteed happy ending!

What listeners say about Dirty Fighter

It is always hard to read a book about young people who have spent their childhood with parents who are not fit to have ever been allowed to get near a child, let alone be their guardian. Brooklyn and Adam both have violent abusive fathers and their childhoods were hell on earth. This story is about there struggle to leave that troubled start behind them and finally make a better life for themselves. This is heart breaking and very emotional, beautifully written in a very sympathetic and understanding way. The narrator reads well, especially the part of Brooklyn.

I love listening to books that have a good storyline. The Team of Roxy Sinclaire and Natasha Tanner always deliver this. The protectiveness that Adam has for Brooklyn from his teenage years is incredible. Being an abused child, he recognizes the same traits in Brooklyn and watches over her. Through a series of events, this couple goes through their own personal hells. To deal with the tragedies,they are separated for several years, and once again, when events take place, they are put back together. Will they be able to share their love now? You will have to listen to find out! The emotions and feels this book gives you throughout make your heart ache and then soar. You will be rooting for them and wondering what is going to happen to them next. I know that is how I was as I was listening to the book. Definite emotional ride(and some hot scenes!)

Addison Spear is a new narrator for me. I enjoyed her voice, but at times found it difficult to differentiate between characters.

it was ok. not the best I've read but bit the worst either. the reader was great

I absolutely love Adam & Brooke's MMA Romance tale. I have read Roxy Sinclaire's books before & love them as they always have unexpected twists & this colaboration with Natasha Tanner meshes together creatively to create a enchanting tale. My only issue with this story is the narrative. As, I had to restart it three times as I found she spoke way to fast in the first few chapters & I couldn't understand what she was saying & it was difficult to differentiate between the character's. I absolutely recommend this novel as it won’t disappoint.

Dirty Fighter is the story of Adam and Brooklyn. Opposites, until they are not. Adam falls for Brooklyn after finding out that they share certain circumstances. Then on one fateful night, they become bound together, but life keeps them apart.
While separated, Adam does become a fighter, but this is isn't a major point of the book. It almost seems like it is a means to showcase a potential for violence. However, Adam doesn't come across as a truly violent person. On the other side of the story, the always popular Brooklyn becomes an actress. When reunited, will their pasts continue to keep them from finding happiness?
This is a quick and dirty listen at just under 3 and 1/2 hours. There were times when I would have liked more detail or development, but I still enjoyed the story. The narration was well done, and I would listen to her work again.

Great story. I could have listened to it for 10 more hours! Narration was on point. I look forward to more from this team!
“I was voluntarily provided this free review copy audiobook by the author, narrator, or publisher.”

Roxy Sinclaire and Natasha Tanner write seamlessly together. Addison Spear did a great job with his performance. I loved how well the story flowed and the characters (Brooklyn & Adam) were developed. This book does not solely focus on the MMA, but how adversities were overcame. I did not think this book was dirty in the slightest, but a great story. My review is not a synopsis of the book, but rather my opinion of it. I was voluntarily provided with this review copy audiobook at no charge by the author, narrator, and or publisher.

I got this book via audiobook boom. Brooklyn and Adam are the center of the story. Both of them are abused as kids. They are separated during high school then reunited after years. He became an MMA fighter and she became a movie star. The story was strange and did not make sense at times. The end was different.

Loved the story and the characters were amazingly written. Roxy and Natasha wrote really well together. Look forward to more books by them.