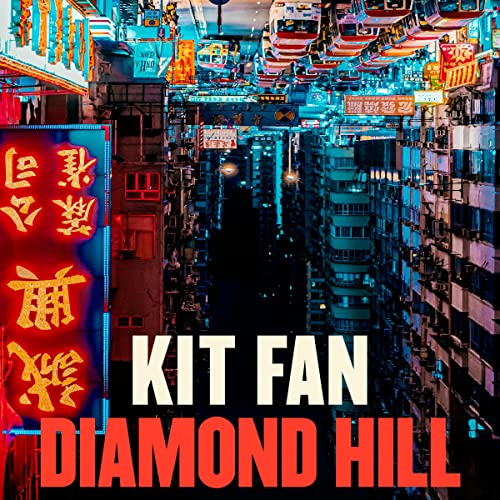 'Do you know what it was like here? You wouldn't believe the glamour. We had our own film studio, redbrick houses for the stars, even Jackie Chan. Now look at us - the Hollywood of the Orient will soon be gone altogether.'

1987, Hong Kong. Trying to outrun his demons, a young man who calls himself Buddha returns to the bustling place of his birth. He moves into a small Buddhist nunnery in the crumbling neighbourhood of Diamond Hill, where planes landing at the nearby airport fly so close overhead that travellers can see into the rooms of those below.

As Buddha begins to care for the nuns and their neighbours, this pocket of the old city is vanishing. Even the fiery Iron Nun cannot prevent the frequent landslides that threaten the nunnery she fights for, and in the nearby shanty town, a faded film actress who calls herself Audrey Hepburn is hiding a deep secret and trying to survive with her teenage daughter who has a bigger fish to fry.

But no one arrives in Diamond Hill by accident, and Buddha's ties to this place run deeper than he is willing to admit. Can he make peace with his past and survive in this disappearing city?

"A vivid, powerful portrait of a vanishing world." (David Nicholls, author of One Day & Sweet Sorrow)

"A gripping and highly accomplished debut.... A thoroughly enjoyable and profound exploration of powerlessness, identity and the evolution of a city." (Guardian)

"Fan is an exuberant chronicler of a lost time and place.... It's a timely consideration of Hong Kong's recent past." (The Times)

What listeners say about Diamond Hill