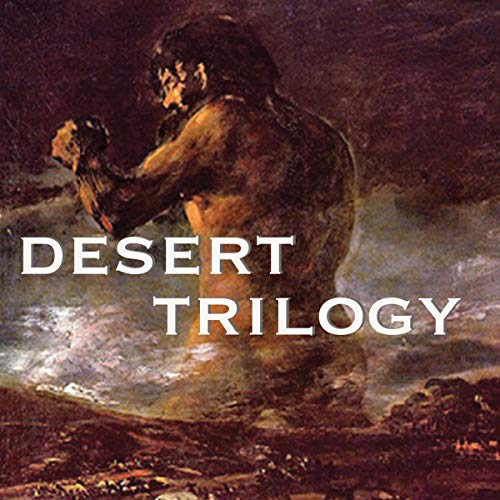 Fifteen-year-old Emer Ahern is standing a foot away from her father when he is struck dead by Zeus's lightning. Xylon, a hitherto unknown god stands in the bolt's way and absorbs Zeus's fire on her behalf. Her life is spared, but before she is returned to her family's farm in Oklahoma, Xylon whispers stories into her ear, all part of his plan to, at last, be worshiped by mortals.

When Xylon arrives in the shtetl of Bedzin, he wears the guise of an old wandering beggar. He sits on the pile of rocks the children play on during the short hours between being let out of yeshiva and sitting for dinner. It is only eight-year-old Ezra Mintz who's brave enough to sit down next to the traveler. Over the next three afternoons, Ezra listens to the story of a god who lives in eternal exile. When Xylon is done with the telling, he offers the child a bargain....

Joe Levy has found himself a place within the tight-knit gay community of West Hollywood, however, he has struggled to gain ground as an actor, that is until he auditions for the lead role of Xylon in the remake of the Ezra Mintz classic, Glass Temple.

What listeners say about Desert Trilogy

The three tales in this richly detailed and wide-ranging trilogy are imaginatively interwoven. The writing is powerful, the story captivating, and the characters well limned. Sarah-Jane Drummey is a gifted performer who brings it all skillfully to life. I enjoyed every moment of Desert Trilogy.

This is a book of beautiful and touching scenes. Each moment is so real. Alternatively funny, suspenseful, heartbreaking. You won’t believe what you are hearing.

An excellent and epic story. Read this book.

A world onto itself. I couldn’t put this book down. And now that I’m done, I’m going to read it over again.

Eliam Kraiem does an incredible fulfilling job. His story telling ability shows with flying colors. His language is rich, evocative, diverse and even poetic. kudos

This sweeping epic is a fascinating walk through history, both national and international, anchored by irresistibly complex characters who lead you through their interweaving paths of synchronicity. Funny and sardonic with a mythic bent, these interlocking novels remind you of the magic of story and being in love with language. I particularly enjoyed the side-eye that Kraiem casts on the entertainment industry and its various strata. Sarah-Jane Drummey's reading is lively and multi-faceted - I never get tired of listening to her voice. A perfect listen for long walks and drives, or just stepping into a dreamy, alternate world where time can stretch out to unfold a tale well told.

While an infrequent listener of fiction, I couldn’t ‘unplug’ from Desert Trilogy! Eliam Kraiem has woven his characters and plots together along with a thread of mythology so skillfully that when the end comes I found myself wanting a sequel trilogy! (What’s more, Desert Trilogy has sent me back to reading fiction!). The choice of Sarah-Jane Drummey as reader could not have been more perfect! I highly recommend!

I really liked this book. It fits no particular genre that I know of. The narrative ranges from down and dirty dust bowl Oklahoma to mystical encounters with strange figures, to a biting satire of today’s Hollywood. There is humor and wisdom throughout. The style echoes Cormac McCarthy at times, Joseph Conrad at others. Always eloquent and frequently humorous. The recounting of one protagonist’s role in the holocaust and his lifetime of debilitating guilt is heartbreaking. As I live in Santa Fe, I particularly enjoyed the scene from the 1930’s involving Fiesta and the burning of a giant puppet called Zozobra--a ritual that goes on to this day. Once you’ve entered this author’s world it’s hard to let it go. Sarah-Jane Drummey’s lyrical narration is spot on--a pleasure to listen to throughout the book.