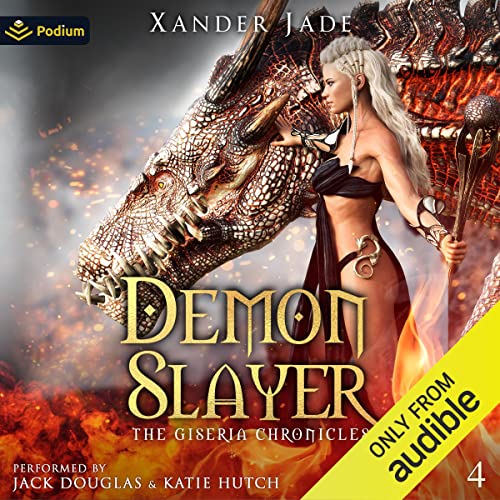 By: Xander Jade
Narrated by: Katie Hutch,Jack Douglas
Try for £0.00

Maximus has just returned to his home from his plight within the Amazon Kingdom with the knowledge that they do not have an alliance with the Amazons.

After the death of their queen, the princess stepped in and told the Army of Races to leave.

Max thought that he would have some time to relax once he settled back into his role at SafeHaven. However, another unfortunate situation has been brought to his attention: the Crown Prince of Augustia is missing.

Will Max be able to find him? While he is tracking the prince down, things begin to happen that will hinder the survival of the people of Giseria.

Join Max as he and his people continue their journey to help the inhabitants of Giseria.

The Giseria Chronicles is intended for mature audiences due to unconventional relationships, cursing, sexual content, and gore.

What listeners say about Demon Slayer