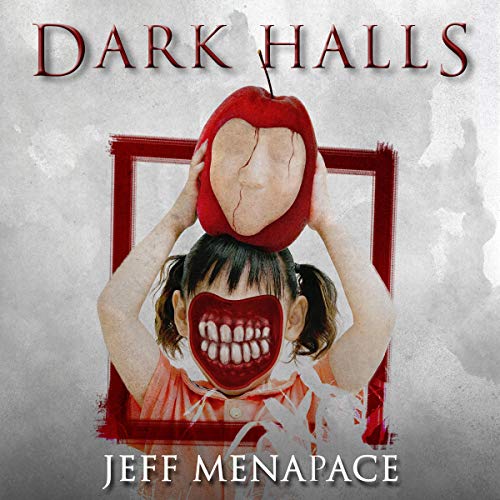 By: Jeff Menapace
Narrated by: Gary Tiedemann
Try for £0.00

From the best-selling author of the Bad Games and Wildlife series comes a chilling new novel of supernatural horror and suspense.

Highland Elementary has a dark and disturbing past...so disturbing that locals ultimately burned the school to the ground.

Years later, Pinewood Elementary is the future, and for new teacher Ryan Herb, a chance at a fresh start. But the townspeople don’t believe that rebuilding the school and changing its name is enough. They believe that whatever evil inhabited the halls of Highland still dwells in Pinewood.

Ryan is a realist and isn’t the type to be affected by local lore. But when Ryan begins to experience horrifying visions of past tragedies, he starts to question his own beliefs. Something in the school is reaching out to Ryan for help, a potentially lethal request as something else - or someone else - in the school is keen on keeping the evil therein very much alive.

Can a skeptical Ryan unearth the origins of the evil’s true source and put an end to it? Or will he, like many before him, become a permanent resident of the school himself?

Rife with supernatural terror and intrigue, Dark Halls blurs the lines between horror and mystery - a whodunit that, when solved, proposes the even greater question of: How do you stop it?

What listeners say about Dark Halls

I loved this audiobook and listened to it every moment I could, even sneaking in my headphones when nobody’s watching.

Definitely recommend this to anybody that likes a good story and read by a great voice.

Good and easily read. However I found no real surprises here. Pretty predictable. I had the ending figured out very early in the book, but still found it entertaining.

Good story, not so good telling

I liked the story, it was simple and easy to follow, spooky at places and exciting at some. I really wanted to like the book more than I did. Unfortunately, in my opinion, it suffers from over telling instead of showing, as well as over explanation. There was also a lot of repetition, I don’t want to hear someone telling someone else what I just heard happen a minute ago. Also, it feels there was a too long copy-paste section going on in a flashback which was irritating.
I did like the story but listened at double speed the last third of the book just to get to the end, due to the above mentioned reasons. Narrator was really good though.
Recommend this audiobook for someone who wants a fast paced no brain scary story and who doesn’t care much of the actual writing, where it’s ok to zone out now and then.

I love these two guys. A really great story from start to finish and of course the narration is perfect.
Thanks guys.

A creepy book! It is so refreshing not to get 4 chapters in and feel duped yet again. This was a great book that lives up to the genre it was placed in.

Jeff Menapace is one of my 3 favorite authors. He, Stephen king, and Jack Kilborn have never bored me! I have read everything by Jeff and he cannot write them fast enough for me!! His books are so much fun. The narrator is AMAZING as well. He takes each character on so well you swear that you are in the book watching it unfold. I give it 5stars!!

Good listen. No major twists but can be a good thing. Easy to follow and likeable characters. Narrator was good as well.

This one has it all

This is a great scary story because it really does a great job early on to set the scene and then its just smooth sailing from there. If you’re looking for a good rainy day spooky story definitely give this one a shot.

Ryan was excited to get the job. Sure, he heard the tragic tales of the suicides of teachers and of students murdering other students. But this was an elementary school, these kids were too young to do anything so heinous, weren’t they? The school couldn’t really be cursed.
This was a good story with a familiar theme but a unique setting. There were a few tense moments and several spots that I was caught off guard. There were interesting characters and I would have loved to know them all some more. There is a lot of back story that could have been expanded upon but enough info was given to keep the book short and still feel the story was complete.

This book was so addicting and fun. Narrator fit the mood of the book perfectly. The dialogue was my favorite part of the book it was cheekiest and flowed really well, I felt that all the characters had great chemistry. Very fun read.

It's hard to give opinions on this without spoilers, but I'll try.

What I didn't like is that we find out what's going on too early. I liked what was going on in the first act more.

What I liked is how the romantic subplot was very important to the main plot.

Several minutes describing how an adult man who lives with his mom calls home to say he is staying at his girlfriends place (where she lives with her mom too) and the guy’s mom tells him to get off the phone and “go curl her toes”. At another point in the story the character is “actively vomiting up black bile over and over which is choking him. So another character try’s to roll him on his back. That won’t work so he goes to get a bucket of water to wake the choking character up. The author has went on and on about how there is so much bile which was full in his mouth blocking his airway. Just as he is back with the water the character has stopped breathing because their airway is completely full of liquid black bile. What does the character do?! He tries to scoop as much of the bike out with his hand all while more is coming up and then gives him CPR?!? That wouldn’t never work! Just so many ridiculous pieces that made you wonder how did anyone stand finishing this book? I feel so sorry for the narrator because he had to read the poorly written story! The narrator was good,
The story not so much….

Finally found a good one

I liked that this book kept my interest all the way. Narrator did great job.

Fun little creeper of a tail

This was a fun creepy story that kept me listening until too late at night. The antagonist wasn't clear to me until the middle of the book and the author decided to give out hints. The narrator did a good job with each character and made the story an easy and comfortable listen.