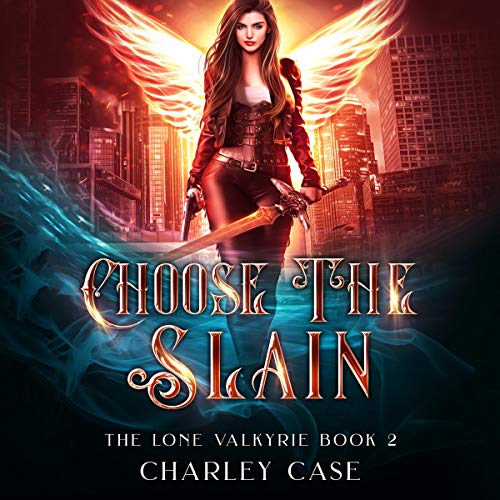 The Lone Valkyrie has an insane evil haunting her dreams...and a sassy goblin helping her during the day. Which is worse? Hard to say.

Mila has been trying to pin down the Drude’s location through the nightmares he’s sending her way, and he just made his last mistake.

What’s a Lone Valkyrie to do when she can't be around her sisters to help? She brings the battle to her enemies.Will her powers fully awaken before Azoth can take another unsuspecting victim? Not if Finnegan Dragonbender can prepare her to fight like everything is on the line. Because it is.

Join Mila on her adventures across the country to face an evil that could end her existence before it really begins. Can somebody get that goblin to put his clothes back on?

What listeners say about Choose the Slain