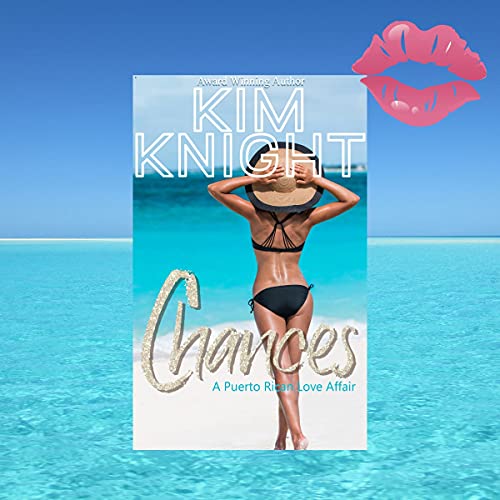 Would you risk a second chance, 4,000 miles away in paradise?

Chances: A Puerto Rican Love Affair is book three of the Romance Set in Paradise series. Of romantic, steamy, and suspenseful stand-alone novella length stories, all set in exotic locations around the world. Each one can be listened to as a stand-alone book.

Thirty-one year old Gabby from Barcelona, Spain, has a love for the finer things in life, including successful men. She finds herself in need of a change of scene. Opportunity knocks when the European company she works for as a successful estate agent, selling properties to elite clientele expand. Giving her the chance to take a one-month work sabbatical, in the beautiful vibrant Caribbean island Puerto Rico. She snaps up the chance to leave Europe behind. Here her path crosses with 35-year-old Puerto Rican-born Mateo Sanchez. A former "bad boy" turned entrepreneur. They touch each other on a physical and soul level, and the two become connected. Thing is, while the passion, heat, and romance builds between the two, the pair's love affair becomes caught up in a web of lies, deceit, and betrayal from the past.

Mateo and Gabby fight hard for their blossoming relationship and against the drama that keeps following them. But there are decisions and sacrifices to make if they are really going to make it work. There's nothing that Mateo won't do to show his growing admiration for Gabby, even when the police get involved and he's in the hot seat. His hand is forced; he's pushed to make moves he promised he would never do again, due to past events and to move forward with Gabby. Gabby is faced with the decision over what sacrifices she'll make and where she really sees her future. Back in Spain, London, or 4,000 miles away in Puerto Rico. Romance, soul mate connection, heat, lies, betrayal, and brushes with the law await listeners in this exciting multicultural "second-chance" romance.

What listeners say about Chances

This was my first experience with Kim Knight's work. The story featured two protagonists who were living through consequences made by past decisions and past relationships. This story was enjoyable and fast paced. There was some steamy imagery used in the book. Cat Iring's narration was good and her accent was charming, adding to the story's entertainment. I was given a free copy of the audiobook and I have voluntarily left this review.