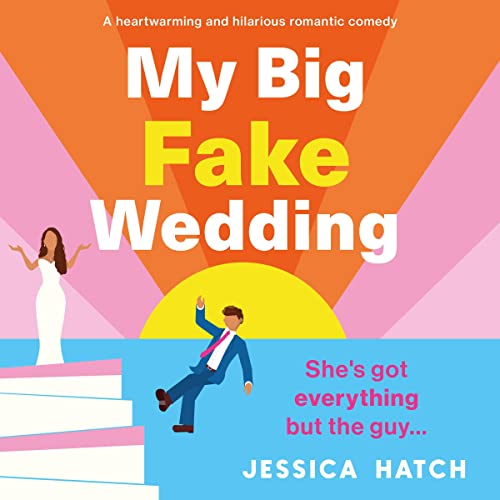 By: Jessica Hatch
Narrated by: Stephanie Cannon
Try for £0.00

The date is set. The guy is not.

When Bea Corbin enters a lottery to win her perfect wedding, she never imagines that her name will be picked right after she’s been cheated on, and unceremoniously dumped, by her ex-boyfriend. But when the event planner calls with the good news, Bea doesn’t say any of that. She panics and says yes.

Going against the advice of her oldest friend Oliver, Bea announces her marriage to her friends and family, and begins her hunt for a husband. Just because Oliver is an old-fashioned romantic doesn’t mean that Bea’s color-coded binder filled with ways to find a fiancé won’t work.

As luck would have it, Bea soon has the most awkward, tequila-fueled first kiss of all time with her gorgeous office crush, Andrew. But as Bea and Andrew’s relationship gets more serious at the exact moment her ex-boyfriend reappears declaring his undying love, things become more complicated than she could have imagined. Bea feels more lost than ever, especially because Oliver is no longer taking her calls, or answering her texts....

As the ceremony draws nearer, Bea discovers that the only thing more complicated than finding a husband on a deadline is finding the right one.

This hilarious, feel-good romance is perfect for fans of Ali Hazelwood’s The Love Hypothesis, Christina Lauren’s The Unhoneymooners, and Emily Henry’s Beach Read.

What listeners say about My Big Fake Wedding