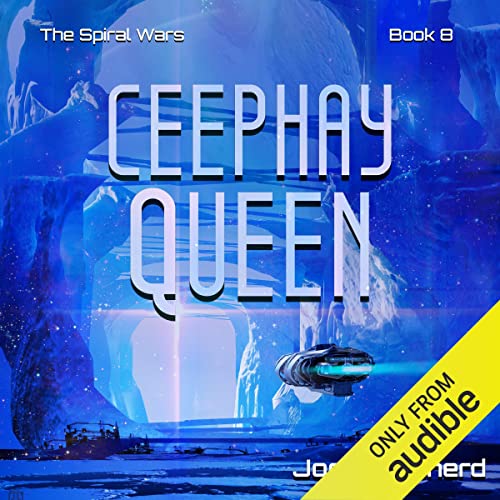 Deep within hostile Reeh Empire space, the UFS Phoenix is hunting another AI queen. This one is named Chion, and she has been installed at the heart of Reeh Empire power, enslaved against her will, for the past 8,000 years. Within her vast knowledge lies the most intimate data on Nia, the deepynine queen now threatening humanity's very existence. Freeing Chion could be the key to beating Nia and saving humanity.

But Phoenix's allied drysine queen, Styx, and Chion's AI former sidekick, Shali, both want Chion for their own purposes. And Chion, of course, will be defended by the full might of the Reeh Empire. To free her, Phoenix and Styx must win control of an AI fleet known as Raka, derived from Nia's deepynine technology long ago, and used by the Reeh Empire for special missions. But this will mean placing the most powerful AI war fleet in known space into the hands of Styx. Shali insists it's suicide, and every bit the existential threat to humanity that Nia is. But do Captain Debogande and Major Thakur have any other choice?

What listeners say about Ceephay Queen

Another great story & narration. Couldn’t stop listening. Keep it coming, I can’t wait for the next book.

John Lee does his usual superb job. Joel Shepherd has upped the tension a notch.

Would preferred a summary

I have held off doing a review to try to balance my thoughts. Nope, still think the story is poor. It was, quick chat, battle, quick chat battle- I lost count and interest, skipping forward and accelerating the narration. The narrator was very good, how he kept going was admirable. Then they escape from the last battle meet up and set the scene for the next book. This one is a filler, the story is not progressed, it is very well written, but it is like kale, tasteless and tough to get through.

Shepherd does it again!

Renegade was my first audible listen and the Spiral Wars has become my go to sci fi series. This one was a marked improvement from Qalea Drop. A lot more ship-board action and AI intruige. The political commentary subtext is still there and as good as ever too. REALLY looking forward to seeing where this goes

Good story but the story ended too quickly and with no resolution. It felt rushed at the end.

That this book had to end. Very few series manage to keep my attention after 8 books. Yet, the Spiral Wars has accomplished that, and more. Sheperd's deep character insights, across a myriad of races, creates a bond of familiarity and friendship, making the reader feel like one of the crew. Even AI based characters are clearly distinguished with unique aspects of consciousness.

The origin story begins with humanity, but shortly after other races are introduced, all with differing appearance, political, and religious backgrounds and perspectives. Eventually,, humanity's story is replaced by a narrative that spans a vast and fascinating living universe.

Add to that Lee's superb narration, bringing everything to life. This really is a winning combination!

I highly recommend this series to anyone who loves deep, meaningful science fiction.

Worth all the build up

While I generally enjoy the cultural and political depth Joel Shepherd brings to each new alien species, the series was starting to drag on for me. Each new installment had some new cool places and peoples but the payoff somehow wasn't big enough at the end of the past few books. Then this book - I could not put this one down. There was a lot more action which is an obvious page turner but it also just felt like the culmination of a lot of story lines leading up to this point.

I've also apparently been really missing John Lee's captivating narration. I picked this series up because of his narration and I'm reminded why.

Alll in all, this was a blast!

Can’t wait for the next one. Think this series will be going for a while.

I loved this book. It was worth the wait to get the Audible version! This bring one story arc to a close, but there is still much to do!

Awesome! This series is definately one of my favorites! listened to the whole series twice. can't wait for the next book!

I like where the story is finally heading and you can see the writing on the wall. Eagerly await the next one!