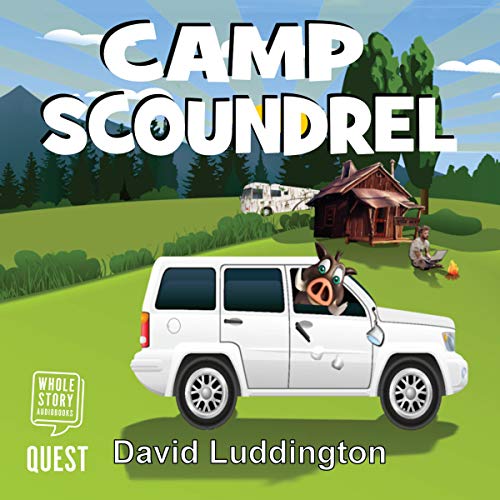 By: David Luddington
Narrated by: Chris Devon
Try for £0.00

When ex-SAS soldier Michael Purdy comes in front of the judge for hacking the bank account belonging to the Minister for Invalidity Benefits and wiping out his personal wealth, he braces himself for a prison sentence.

What Michael doesn’t expect is to be put in charge of a group of offenders and sent to a remote location in the Sierra Nevada Mountains in Spain to teach them survival skills as part of their rehabilitation programme.

But Michael knows nothing at all about survival skills. He was sort of in the SAS, yes, but his shining record on the 'Escape and Evasion' courses was more a testament to his computer skills than his ability to catch wildlife and barbecue it over an impromptu fire. Basically, he was the SAS’s techy nerd and only achieved that position as a result of a bet with a fellow hacker.

Facing a stark choice between starvation and returning home to serve out their sentences, the group of offenders under Michael’s supervision soon realise that the only way to survive is to use their own unique set of skills - the kind of skills that got them arrested in the first place.

What listeners say about Camp Scoundrel

I really enjoy Luddingtons books (although I wasn't so keen on the hippy one). They are fun, light-hearted, humours romps. Well worth it if you fancy some easy listening.

I'd just finished listening to the
author's book, The Money that
Never Was, when this title popped
up on the New Titles list. Alas, Camp Scoundrel is not the funny farce of The Money. I listened as the premise of the book was introduced, the cast of characters
unfolded and -- I yawned. I didn't stop fidgeting, filling out the grocery list or yawning till the book was finally done. If you haven't enjoyed The Money that Never Was, listen to that book first.