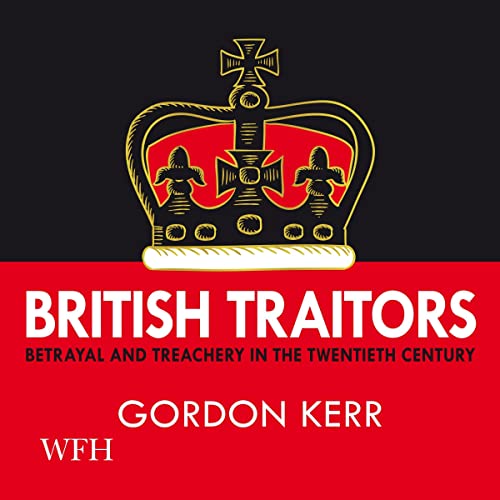 By: Gordon Kerr
Narrated by: Toby Longworth
Try for £0.00

Capital punishment was abolished for murder in Great Britain in 1969, but remained as the punishment for high treason until as recently as 1998, demonstrating how seriously we take the crime of betraying your country. But even with the threat of the noose hanging over them, many still chose the path of treachery during the cataclysmic events of last century.

British Traitors examines the lives and motivations of a number of the perpetrators of this most heinous of crimes, following the footsteps of Fascist traitors such as William Joyce (Lord Haw-Haw) and John Amery to the gallows, investigating what drove men such as Wilfred Macartney and John Herbert King to betray their country during the war to end all wars and delving into the mysterious web of espionage and subterfuge surrounding the Cambridge Spy Ring that spied for the Soviet Union from the nineteen-thirties until the early nineteen-fifties.

People commit treason for many reasons—some seek adventure, some seek reward, some are motivated by political philosophy, while others are sucked into it by their own foolishness. British Traitors provides a fascinating look at the lives and impulses of those who chose to betray their country.

What listeners say about British Traitors