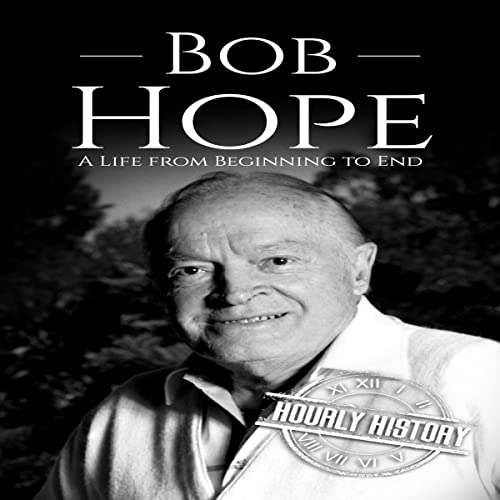 Bob Hope was the kind of entertainer who only comes along once in a lifetime. Spanning the decades, he worked through just about every era of the 20th century. Hope grew up doing his best vaudeville routine and ended up performing far and wide with the USO during World War II and the wars in Korea, Vietnam, Lebanon, Iran, and Iraq. In later life, he slowed down a bit, but he still found time to perform both in movies and in person. When he felt that certain patriotic call of duty once again during the Gulf War of the 1990s, he did not hesitate to hop aboard the USO bandwagon once again.

Bob Hope lived to be 100 years old before his globe-trotting finally came to an end in 2003. This book takes a look at the life and legend of Bob Hope—the king of comedy—from beginning to end.

What listeners say about Bob Hope