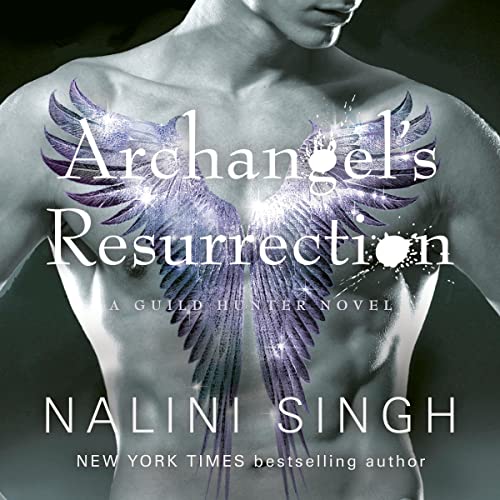 By: Nalini Singh
Narrated by: Justine Eyre
Try for £0.00

New York Times bestselling author Nalini Singh takes us into the dangerous, haunting world of archangels...and a love that is legend.

For thousands of years, the passion between Alexander, Archangel of Persia, and Zanaya, Queen of the Nile, burned furious and bright, seemingly without end. But to be an archangel is to be bound to power violent and demanding. Driven by its primal energy, Alexander and Zanaya fought as fiercely as they loved, locked in an endless cycle of devotion and heartbreak. It is only Zanaya's decision to Sleep that ends their love story.

Eons later, the Cascade of Death wakens them both. The passion between them a flame that yet burns, Alexander and Zanaya stand together in one last battle against the ultimate darkness. But even a warrior archangel cannot win every war. Alexander's scream shatters the world as Zanaya falls, broken and silent...only to rise again in a miracle that may be a devastating curse. For is it truly the Queen of the Nile who has been resurrected?

Only one thing is clear: This is the last beat of their passionate, angry dance. The final song for Alexander and his Zani...

What listeners say about Archangel's Resurrection

Dose not measure up

Meh
It’s just not as good. 3rd book after the resolution in Archangels War. It feels a bit like “how many books will be about the clean up of reborns?” The story arch was completed 3 book ago, this is meh.

Always love Nalini’s carefully crafted characters and storylines.. she is a master at her art and I’m so glad to have found these books. Often when I needed escape and my beliefs to be restored 💖Thank you 🙂

The last few books have been lacklustre compared to the rest of the series. It’s not bad but I’m not drawn in and it’s a struggle to get through. If this was the first of the books I read I might be really into it. If you’ve read the others it’s worth a punt

Was not one of her best books. I did not feel as drawn to the characters as i did in earlier books. Also i found too much of the past was included.

Good but not my fave

Justine Eyre is excellent as always. I started to enjoy the story much more once we joined the present day and got past Alexander and Zanaya's history. The tease at the end regarding Titus has me desperate to know what happened. I'm hoping to see a return to some of our familiar faces. Now we're a decade past the cascade, perhaps Vivek will get his story told, I mean Titus has plenty of brilliant sisters!

Amazing book, she makes you fall in love with all her characters with each new book. Zanaya and Alexander a love story as only Nalini can write 🙏 and off course hat off to Justine Eyre giving each new book and character the familiar voice we al have come to love sinse book 1 💝 I can't wait for the next one...

I listened to this book twice as is my habit when I read a book I rush it to get to the end. So when I listen I do so twice to make sure I don’t miss anything. Great love story with a unexpected part after zany fell during the war.

It’s a no from me

Not my favourite book in this series by any means. I found it hard to warm to the characters, Zanaya was particularly annoying. I was not at all invested in their story and a bit bored tbh!
Also feel I’ve had my fill of the whole backstory with the ancients.
Much prefer Elena/Raphael and co.

I was really looking forward to this book but have been disappointed. it was nice to hear a bit if back story for everyone but other than that I felt the story lacking. I am really bored of reading about the re born so not happy they appeared once again even if written a different way for different reasons.
I am guessing cassandra's book may be next I really hope it is a bit more gripping and different from this one. I miss raphael and the gang, maybe involving more of the other archangels a would spice things up?

not long to wait for this next instalment

I’ve been through it all with the Guild Hunter series and most of them have been riveting from the start with their intricate world-building, variety of supernatural characters, rollercoaster challenges and deep romances that leave you wanting more. However, I’m sorry to say that this story fell flat for me because I couldn’t feel the passion or love between the hero and heroine who spent millenniums in conflict with each other, avoiding one another and being with other lovers. I’m a romance lover but I just didn’t feel any here and it all became a drag.. in fact I ended up increasing the speed to try to get through it.. however, in the end, I just didn’t care and finally gave up. Justine Eyre was her usual self with the narration which was good.

Worth a credit? I’m sorry to say that, for me, this time it’s a disappointed no.

The story of Zani and Alexander was very interesting. I really enjoyed learning so much about their past, how the millennia have changed them, and then following the present and future of their relationship. I can't wait to find out what comes next after this book! Whose story will we follow next? What will happen to this world as a whole?

The narrator is great! Each character has his own voice and a whole palette of emotions.