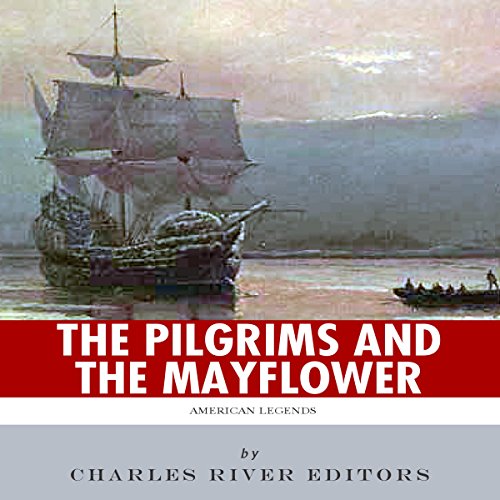 American Legends: The Pilgrims and the Mayflower

By: Charles River Editors
Narrated by: Jae Huff
Try for £0.00

"By God's providence, upon the ninth of November following, by break of the day we espied land which was deemed to be Cape Cod, and so afterward it proved. And the appearance of it much comforted us, especially seeing so goodly a land, and wooded to the brink of the sea. It caused us to rejoice together, and praise God that had given us once again to see land." - Edward Winslow

A lot of time has been spent covering the lives of history's most influential figures, but how much of the forest is lost for the trees? In Charles River Editors' American Legends series, listeners can get caught up on the lives of America's most important men and women in the time it takes to finish a commute. And they can do so while learning interesting facts long forgotten or never known.

In September 1620, about 130 people set sail from Plymouth, England and headed west for a new land and new religious opportunities. Known colloquially as separatists or strangers, the group aimed to establish a new colonial settlement in the New World. But by the end of the following winter, half of them would be dead. And though they had intended to land farther to the south, the ship was blown off course during the journey and instead took them to Plymouth Harbor in Cape Cod, Massachusetts.

The men, women, and children who boarded the Mayflower that year were not the first colonists in North America, but they nevertheless have become the most famous, and every American is instantly familiar with the name of their boat. These pilgrims intended to create the first permanent colonial settlement in the region, and despite the hardships they managed to do so.

What listeners say about American Legends: The Pilgrims and the Mayflower

worst book. the narrator was great. the content was general. no specifics. very lite in research and development.
this sucked.