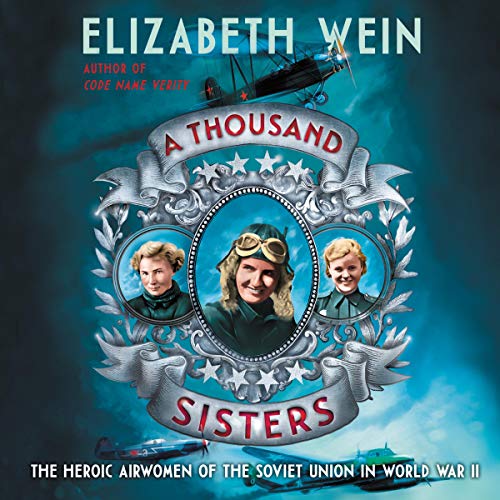 By: Elizabeth Wein
Narrated by: Amy Landon
Try for £0.00

The gripping true story of the only women to fly in combat in World War II - from Elizabeth Wein, award-winning author of Code Name Verity.

In the early years of World War II, Josef Stalin issued an order that made the Soviet Union the first country in the world to allow female pilots to fly in combat. Led by Marina Raskova, these three regiments, including the 588th Night Bomber Regiment - nicknamed the “night witches” - faced intense pressure and obstacles both in the sky and on the ground. Some of these young women perished in flames. Many of them were in their teens when they went to war.

This is the story of Raskova’s three regiments, women who enlisted and were deployed on the front lines of battle as navigators, pilots, and mechanics. It is the story of 1,000 young women who wanted to take flight to defend their country and the woman who brought them together in the sky.

Packed with fascinating sidebars and thoroughly researched details, A Thousand Sisters is the inspiring true story of a group of women who set out to change the world and the sisterhood they formed even amid the destruction of war.

What listeners say about A Thousand Sisters

The women this book is about are amazing- there is no denying that, but this book was hard to follow at times. Too many names made it hard to be invested and the narrator was just not my favorite.

What a beautiful memorial to brave women aviators, no more than that, bomber fighters, navigators and mechanics! A different angle on life for women under soviet rule.