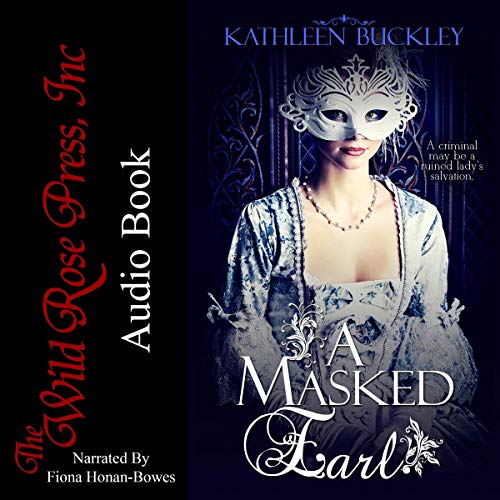 By: Kathleen Buckley
Narrated by: Fiona Honan-Bowes
Try for £0.00

Eight years ago, Aurelia Kennet sparked a duel and refused both offers of marriage that might have saved her reputation. Ruined, she is resigned to spinsterhood, knowing she will have to leave her family's home when her brother inherits. He has never forgiven her for the humiliation of the scandal. When at the request of its solicitor, she helps determine the true heir to a neighboring estate, one of the claimants presents a challenge to her mind - and heart.

The search for the late earl of Barlyon's surviving son rips away John Barlicorn's life in London's underworld. If he ignores it, his mother and sister may be cast upon the charity of the next heir, a distant relative. Returning to Barlyon, he faces a rival claimant, the risk of being revealed as a criminal, and the fascinating Aurelia. But how can he marry any lady, given his own discreditable past?

What listeners say about A Masked Earl

I struggled to keep listening, because it lagged so much that I lost interest. . I just wanted to get through it. I voluntarily listened to a free copy of this and am giving an honest review. The narrator was okay.