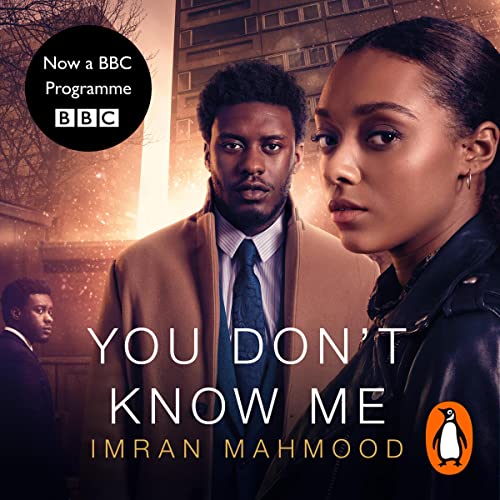 You Don't Know Me

By: Imran Mahmood
Narrated by: Adam Deacon
Try for £0.00

Penguin presents the unabridged downloadable audiobook edition of You Don't Know Me by Imran Mahmood, read by Adam Deacon.

An unnamed defendant stands accused of murder. Just before the closing speeches, the young man sacks his lawyer and decides to give his own defence speech. He tells us that his barrister told him to leave some things out. Sometimes the truth can be too difficult to explain or believe. But he thinks that if he's going to go down for life, he might as well go down telling the truth.

There are eight pieces of evidence against him. As he talks us through them one by one, his life is in our hands. We, the listener - a member of the jury - must keep an open mind till we hear the end of his story. His defence raises many questions...but at the end of the speeches, only one matters: did he do it?

"I opened this book to a random page, read five lines - and finished it at three that morning. It's the voice that does it: edgy, conflicted, desperately urgent, the voice of a young man who's both too smart and (if you believe him) not quite smart enough for the inexorable spiral of events into which he's dragged. This is a startlingly confident and deft debut." (Tana French, internationally best-selling author)

What listeners say about You Don't Know Me

Fascinating insight in to a world very different to the one I live in.

Story teller explains his life in inner city London gang land and decisions he forced to make while negotiating it. Although the topic is dark, the story doesn't feel excessively violent and depressing

A likeable anti-hero and a genuinely heartfelt story

Characters are beautifully written, I was sceptical about the choice of narrator at first but he gave a genuine and heartfelt performance. The book produces a landscape that I'm not familiar with but one I could understand and appreciate for all it's light and shade. This book is a surprise, it's difficult to pigeonhole this into a specific genre which I feel is a good thing. I write this review now having a greater appreciation for a reality that's practically on my doorstep. I can understand why some are frustrated with the end, but if you're expecting a specific book then that's to be expected. Read this with no expectations and you won't be disappointed at the end.

Outstanding book that takes you somewhere

This book gripped from the start, and the story took me to a milieu that I don't know anything about (not many will). The narration is pitch perfect, and I had to stop listening at night because it kept me awake. More please.

A young Nigerian boy is on trial for murder. Wanting to tell the jury the whole story from his point of view, he sacks his Q.C. and makes his own closing speech. Over the course of ten days, we hear of his life trying to avoid being drawn into the fringes of the drug gangs, his love for his girlfriend (?Kaira) and his increasing desperation as he becomes enmeshed in a life he never wanted.
This is one of the best narrations I have ever listened to.
Highly recommended.

Would you consider the audio edition of You Don't Know Me to be better than the print version?

Loved the narration by Adam Deacon - really brought it alive

What was one of the most memorable moments of You Don't Know Me?

Really gripping story that hooked me from the beginning.

Disappointed by ending. Wanted it to be definitive. Clever and excellent story. Narrator was brill.

enjoyed this rant very much,

I enjoyed every word of this book, it was different to my usual audio books and thought provoking, brilliant narration and great story

When I first started listening I really didn't think this book was going to be my bag, within no more than 5 minutes I Knew I Was Wrong! This is an amazingly realistic story, totally riveting. As far as I am concerned the verdict is a resounding Not Guilty!

Absolutely brilliant book, and Adam Deacon's performance elevated it to another level. I truly felt like I was there in that courtroom, deciding what the truth was.

Don't buy this book it is a mishmash of black jive which is poorly written,and an insult to the reader.you need an interpreter to understand what the reader is saying.NO verdict at the end.,just to add insult to injury.