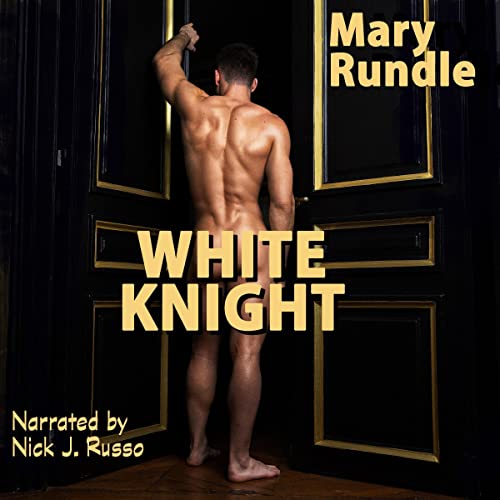 This is part of an ongoing series by Amazon international best-selling author Mary Rundle. Catching up on previous titles is advised. Listeners of the past books will enjoy meeting old friends once more as the pack does what it does best - caring for one another and helping shifters everywhere.

Hunter always expected to be the next Alpha of the Rolling Hills Pack - until he had to walk away, leaving behind his dream, forced to build a new life for himself and his brothers. Arriving with them to visit his cousins at the Blackwood Pack, he never expects to find his mate there, but when he catches his scent, it’s impossible for him to concentrate on anything else, including a secret he has that will change his cousins’ lives.

From the moment Hunter meets Jackson, tempers flare between the two Alphas as their anger builds about secrets both are keeping. Their distrust of each other grows, yet they must struggle to find common ground due to their mutual responsibilities toward Hunter’s mate.

Fionn, a rare white dragon, has fought hard for his independence, believing it will protect him from relatives who want to seize his hoard. As a recent member of the Blackwood Pack, he looks forward to sharing the future with his new family. That is, until he realizes he has a mate. Needing time to sort out his feelings, he flees to his hoard, hiding from Hunter who impatiently waits for him.

Together, Fionn and Hunter must put aside past hurts and disappointments as they try to forge a new world for themselves while facing a dangerous threat to Fionn…and to the rest of the Blackwood Pack.

Long-kept secrets, a treacherous attack, an action-packed rescue, and many unexpected twists and turns make this passionate love story by Mary Rundle impossible to put down once you’ve heard the first minute.

What listeners say about White Knight

This series just keeps on getting better!

Nick J. Russo’s voice once again held me captive from beginning to end while listening to this story. He manages to use very distinct voices for each of the many characters in this book.

I loved that this book was Fionn’s love story. He’s a fairly young character and his mate, Hunter, is several years older. Hunter and Fionn both have a bit of trouble accepting each other as mates. Fionn is scared because the relationship between his parents wasn’t good so he’s afraid to take a mate.

Fionn’s uncle is back to cause trouble and there’s also tension between Fionn’s mate, Hunter, and Hunter’s cousins who are in charge of the Blackwood Pack.

This is a wonderfully complex series with many different kinds of shifters, fated mates and some stories contain mpreg. I loved getting to visit with characters from previous books in this series and they played a big part in helping Fionn and Hunter in this book. I’m looking forward to continuing on with this series as it’s release in audio format.

A copy of this audiobook was provided to me at my request but my review was voluntary and not influenced by the author/narrator.

Great continuation of an awesome series

I'm so glad that Fion's past is finally just that, in the past. Now he & Hunter can live their lives together.

Our favorite Dragon got his mate!

Eight books going in and I'm still enthralled by the Blackwood Pack. Adorable Fionn got his mate and there's a shocking twist for the brothers. All those hints about the cousins from previous books is finally answered. It took awhile for Hunter to grow on me especially since he had our Jackson questioning himself, which was so not cool, Jackson already had enough on his plate. Suffice it to say I'm enjoying each new addition and I can't wait to see who gets their fated mate next. Nick J Russo's narration just made this book that much better. There's a lot of characters in this book and yet he managed to give each individual their own unique voice. His performance was brilliant chapter by chapter and I look forward to his next performance!

There wasn't as much drama and difficult situations in this book but, its a great addition to the series. Great to see all the already mated couples as well as the ones yet to find their mates. Bringing in the cousins will hopefully, either extend this series or maybe be a break off series. bring on the next book. well worth the credit and your time to listen.