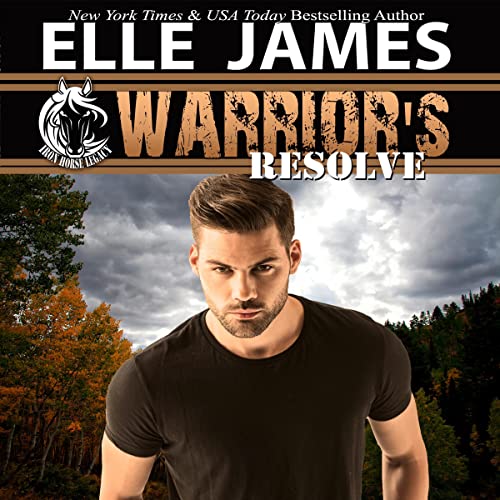 By: Elle James
Narrated by: Gregory Salinas
Try for £0.00

Molly McKinnon’s father disappeared on a manhunt for an escaped convict. From what they’ve been able to piece together, whoever kidnapped her father wants the location of the money the convict escaped to retrieve. Getting desperate, the kidnappers will do anything to get the McKinnon patriarch to tell what the convict told him, even go after the rest of the McKinnon family.

Former US Air Force PJ Parker Bailey was medically retired from the military after a disastrous mission left him with a damaged leg and survivor’s guilt. Parker took the job of foreman at the Iron Horse Ranch, where he’s spent the last five years working hard and keeping to himself, even though the owner’s pesky daughter is always underfoot. Over the years, his respect and desire for her has grown. But he would never act on that desire, since she was the boss’ daughter. Until the boss disappears and Molly’s mouth makes Parker so angry that he kisses her to shut her up. Kissing her breaks all the rules and sets him on a path he can’t undo. Even if he did fight to win her heart, he'd have to go through all the McKinnons to get to her.

When Molly is kidnapped, Parker vows to get her back at any cost. Together with her brothers and the Brotherhood Protectors, he fights to retrieve Molly and her father and bring them home to the Iron Horse Ranch.

What listeners say about Warrior's Resolve