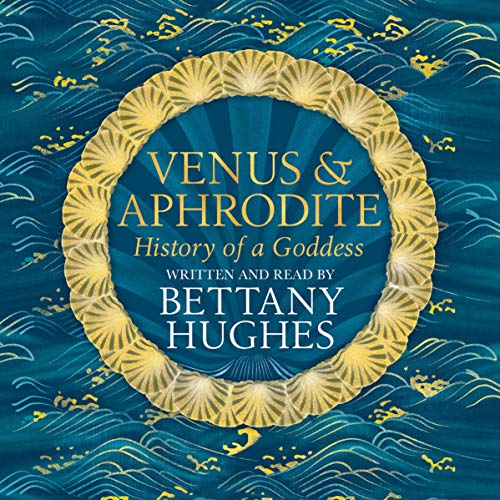 Through ancient art, evocative myth, exciting archaeological revelations and philosophical explorations Bettany Hughes shows why this immortal goddess endures through to the 21st century and what her journey through time reveals about what matters to us as humans.

Charting Venus' origins in powerful ancient deities, Bettany demonstrates that Venus is far more complex than first meets the eye. Beginning in Cyprus, the goddess' mythical birthplace, Bettany decodes Venus' relationship to the Greek goddess Aphrodite and, in turn, Aphrodite's mixed-up origins both as a Cypriot spirit of fertility and procreation - but also as a descendant of the prehistoric war goddesses of the Near and Middle East, Ishtar, Inanna and Astarte.

On a voyage of discovery to reveal the truth behind Venus, Hughes reveals how this mythological figure is so much more than nudity, romance and sex.

It is the both the remarkable story of one of antiquity's most potent forces and the story of human desire - how it transforms who we are and how we behave.

What listeners say about Venus and Aphrodite

Such a great book and performance

I love this book..perfect....The performance is both exciting and soothing, the content fascinating and enlightening.

Bettany’s voice is very calming to listen to and lily her TV series it’s easy to listen to. She provides fascinating depth and details sometimes overlooked.

I love listening to Bettany Hughes. Her subject matter is always interesting and this book, written and narrated by her, is a must in my opinion.

This book is both fascinating and delightful. Bettany Hughes's reading is a please to listen to.

Lovely little book. Fascinating walk through the history of both Venus/Aphrodite, and more general, women in prehistory.

There is so much more to the Goddess Aphrodite & Venus that i never knew before i listened to this audio book.

Great content and I learnt a lot. Bettany Hughes has a talent for introducing history in an accessible manner.

I will think about Greek and Roman gods and myths differently now, not as static things. I am not a historian, but I love to learn about history. Love the long looks back through a topic connected to a wider world that also bring one up to the present. I have enjoyed every show, book and now narration of hers. You had me at “Bettany Hughes.”

Exceptionally well done and I would expect nothing less from Bettany Hughes! She is an expert researcher and a world class presenter and narrator!

Bettany Hughes is the voice of Venus.

Bettany, you are truly a wonder to behold. I’ve already listened through this book and already ready for round two.
Do write more.
Sincerely Gabriel M.

I love it. As a devoted of Aphrodite and Venus and this that taught me so much about the legends and believes of the goddess throughout the ages from the beginning to are currently times

it certainly has the touch of Venus. Delicious to listen, and as always a learning experience with Bettany. Love it!!

Short take on an intriguing topic

This foray into Aphrodite was over so soon. This is a beautiful piece and so well researched and written. I just wish there were more. Would love a novelized retelling, and/or more examination/exploration.

This topic is altogether intriguing.

Lovely listening to this British scholar read her own work, and it inspired and informed me to consider this Goddess from a new perspective and to correlate to the fate of the feminine in some ways, and wishing for a resurrection of her might in the spirit of the early times when she was intrinsic and marvelous. Maybe more examples and commentary. Lovely images in the PDF.

Do add this to your list, and it’s not long. You can spend the morning with it.