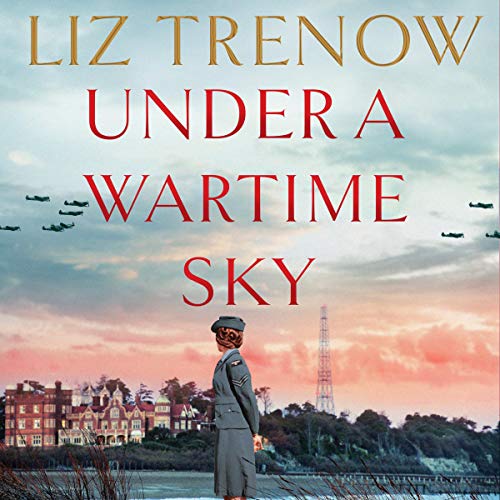 Under a Wartime Sky

By: Liz Trenow
Narrated by: Sophie Roberts
Try for £0.00

Under a Wartime Sky is an enthralling historical novel by Liz Trenow, based on real-life events at a top-secret wartime research station. Telling the story of the heroes behind the discovery of radar, it’s perfect for fans of Kate Furnivall and Rachel Hore.

1936: the threat of war hangs over Europe. Churchill gathers the brightest minds in Britain at a grand house in Suffolk. Bound to complete secrecy, they work together on an invention that could mean victory for the Allies. Among them is Vic, a gifted but shy physicist who, for the first time, feels like he belongs.

Local girl Kathleen wants to do more than serving tea and biscuits to ‘do her bit’. So when the Bawdsey team begin to recruit women to operate their top secret system, she dedicates herself to this life-or-death work. Kath and Vic form an unlikely friendship as the skies over Britain fill with German bombers. Little does Kath know just whose life she will change forever, one fateful night....

Based on the real history of Bawdsey Manor, Under a Wartime Sky is a novel about courage, belonging and hope.

What listeners say about Under a Wartime Sky

As a Bawdsey girl it was so nice to listen to this story, my nana worked in the kitchen at the manor up until the RAF took over and I remember her telling me about it when I was a child, I have always loved the ferry and am proud that the manor helped with the war. Thank you for writing this book

Hooked from beginning to end , couldn't put it down another brilliant Liz Trenow story.

I really enjoyed this book, the characters were interesting and as the story unfolds it feels like you are actually there with them.
some sad bits but a happy ending.

I absolutely loved this book. I’ve lived in Felixstowe since my marriage in 1975. We used to take our two boys over the ferry to see Bawdsy Manor and walk round the point and see the radar towers. We loved it and still do. Thank you for this amazing book. I love all your books. Please write many more.