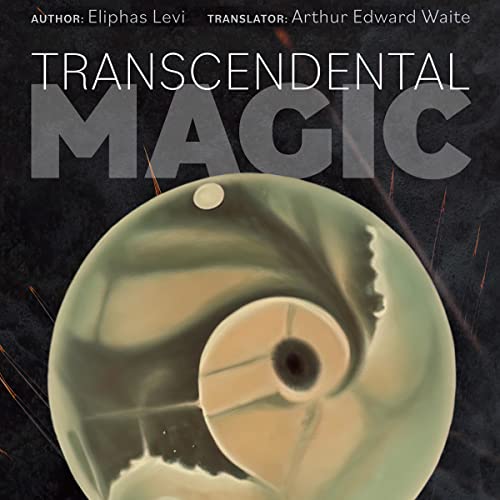 By: Eliphas Levi
Narrated by: Henry Schrader
Try for £0.00

Transcendental Magic: Its Doctrine and Ritual by Éliphas Lévi explores magic, the "esoteric science," and its place between science and religion.

Born Alphonse Louis Constant in 1810, this French occultist originally planned for a career in the Catholic Church. Constant was educated at Saint Sulpice's seminary, and planned to become a priest. Yet just before he was to receive his ordination at age 26, Constant renounced his ecclesiastical goals and returned to civilian life.

The following years tested Constant's conscience and resilience. He was disowned by his family, and worked as a tutor to earn an income. Without the structure from the seminary, he found himself adrift.

Constant dedicated much of his early life to promoting the ideals of a utopian socialist society that worked for the economic improvement of all people. He shared these ideas in an early work called The Bible of Liberty. Within an hour of its release, the copies were seized by French authorities, and Constant spent the next six months in prison.

After a failed marriage and the death of his young daughter, Constant discovered the world of the occult and mysticism. He became a ceremonial magician, and developed a social circle of many of the occultists and Kabbalists of the time. Writing on the subject under the Hebrew name Éliphas Lévi, he began to share his ideas on magic with the public in the 1850s.

This work explores the magician's foundations for his spiritual beliefs, as well as his idea that an elite class of priests would be necessary to lead the people into both social and magical order. He writes, "Occult philosophy seems to have been the nurse and godmother of all intellectual forces, the key of all divine obscurities, and the absolute mistress of society, in those ages when it was exclusively reserved for the education of priests and of kings ... Magic is the traditional science of the secrets of Nature which comes to us from the Magi."

What listeners say about Transcendental Magic

If you are between initiate and adept, SO MUCH you have previously heard and learned will become clear. To adepts there is still much to be understood from other angles and refreshed in the mind. A master would presumably be beyond book instruction. And to all others; This will be as words, Words, WORDS, as they say.

The narration was great, I thought because he reads as if speaking rather than reading if that makes sense so pay attention and go back as often as needed to catch what was said. Levi left excellent works on the subject which are very informative but this was by far the most "fun" to listen to. Definitely in my top 5 of most enjoyable books.

I also feel Mr Levi compliments Blavatski well as he leans heavily in western tradition whereas she tends toward eastern traditions.

Another great piece of work by this fantastic author. anything this guy has put out is the greatest!