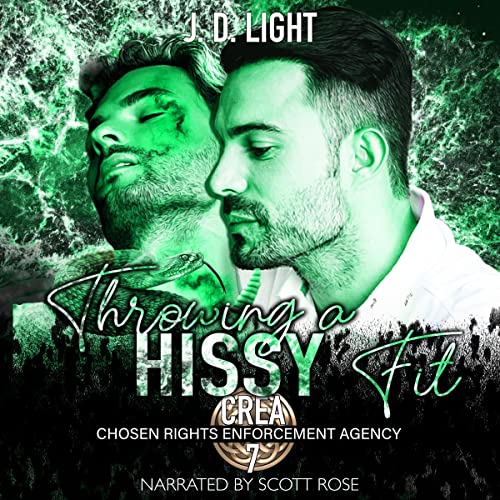 You point out the scars on a man's face one time, completely by accident, and he suddenly thinks you're a jerk...and proceeds to snark you into wanting to murder him.

Rattlesnake-shifter and alpha of his pit, Cline is actually a pretty laid-back person. There has ever only been one man who makes him want to hiss and spit, and that man is one of his son's closest friends, Frazier. Unfortunately, they need the little warlock if they want to save the chosen Esther has locked away on a warded island, and that means Cline extending his protection to the beautiful, irritating man.

Throwing a Hissy Fit is book seven in my new MPreg-possible series. It's a spin-off of the Chosen series and involves a whole new generation but will, of course, have cameos from some of your favorite Chosen characters as well as some Terra Mortis characters. I consider these books MPreg-light. Meaning, though pregnancy is possible, that does not mean it will be in every book.

Each book contains a new couple with a guaranteed happily ever after, but if you want to know what is going on with the background plot, it is suggested that you listen to them in order!

What listeners say about Throwing a Hissy Fit