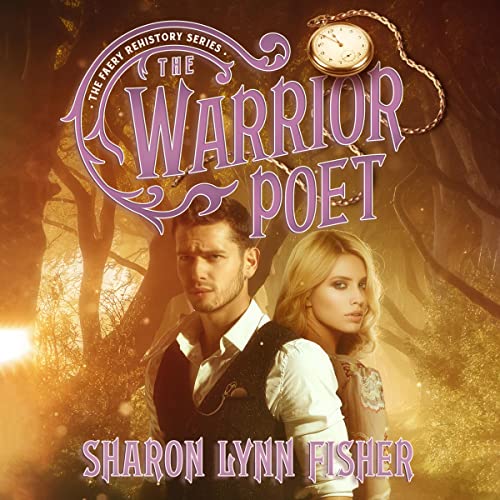 They searched for each other in dreams. Then they traveled through time to save Ireland.

Portland book artist Neve Kelly is having weird visions - vivid daydreams of lovers on a battlefield that yank her out of reality. A couple weeks before Halloween, a confused, strangely dressed man appears in her living room. He drops a slip of paper that describes a dream much like her own before disappearing without a trace.

Will Yeats has had enough of heroics. With the peace between Ireland and its enemies restored, he plans to spend the next decade quietly writing his Irish fairy history. But suddenly he’s time traveling again. He briefly visits the home of an intriguing stranger, who appears to be American. The next time he’s drawn there, he finds her being sucked through a ghastly hole in her ceiling.

Will saves Neve by carrying her back to 1888 Ireland, where he learns that not only is she from more than a century in the future but from a parallel world where fairies and Tuatha De Danaan heroes are no more than myth. Their dreams of ancient lovers have brought them together...but why? Dark portents surround them - portents bearing the mark of the Morrigan’s meddling - and they soon discover it’s all part of a sinister scheme to seize the throne of Ireland. And the love story from their dreams has begun to manifest in the present moment.

Will’s friends - Irish Queen Isolde and her allies - are depending on Will and Neve to connect with the past in order to save Ireland. But can anything save them from the violent end that their dreams have foreshadowed?

What listeners say about The Warrior Poet

It's such a fun addition to a great series. I can't wait to hear more. Thank you author!

Really enjoyed all the books, every book has its own charm. Made me think of Nora Roberts but the writer has her own unique style. Really recommend.