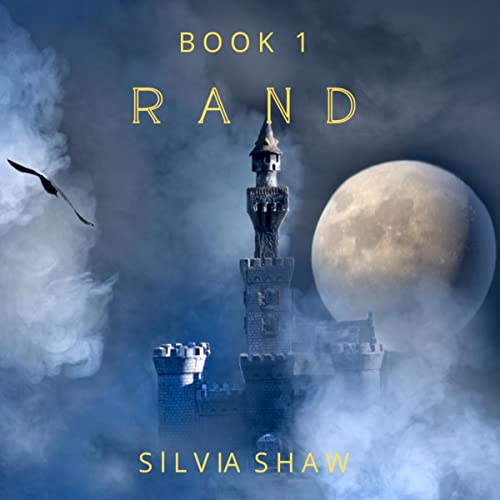 By: Silvia Shaw
Narrated by: Susan McGurl
Try for £0.00

An epic story of magic, heroism, love, and treachery, Rand is a magical world ruled by an imperial line of queens.

Three hundred ago, Rand's most powerful talisman, a medallion called the "Circle of Sheda", was taken through the portal into Earth and lost. When Dr. Savannah Cole is on an archeology dig in Algeria, she takes shelter from a violent sandstorm and discovers the mysterious artifact under a Berber ruin. She soon learns unknown forces are at play, powerful secret forces beyond her control.

Compelled to wear the medallion, she is swept through the portal into Rand. There, she must forge a new life and embrace her role as the wielder of ancient magic. Never before has someone from the "other world" been chosen to bear the medallion, someone not a warrior. It's a puzzle Savannah must solve before it's too late. Why has she been chosen? As she battles demonic creatures and dark sorcery, she fights to take her place as the rightful bearer in the long line of warrior women. But, the question remains; what is coming that the lost medallion must resurface after so many years?

What listeners say about Rand: Book 1

I eventually got over the narrator sounding like a news reporter, and just overall not sounding right. If you can get past that, the story gets pretty good as it goes on. I'd rather have read the hardcopy myself, but seldom have time, so here I am lol.

I'm looking forward to the next book. hopefully it will be coming out soon.

Wasted credit because I couldn’t get past the narrator. Wish I could give an honest review on the book but the narration wasn’t it.

love this story so much

I got the book and now got the audiobook. I love love love this story so much! highly recommend

The book is like; let's meet at Lesfic Xena warrior princess, plus the Amazon from Themyscira, and Indiana Jones (for a hot second), and go to a world with magic, witches, and, magical creatures. It has the good, bad and ugly. And so many Women loving Women, loved it!