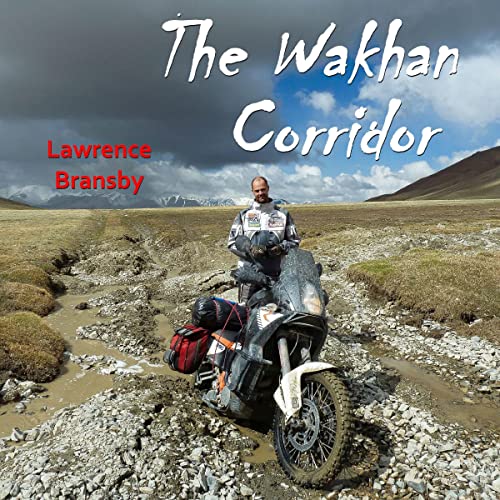 "The road to Koki Jar is fine, but at the end of the trip both the car and the driver will be destroyed"--advice from a local.

Well, it wasn't a car--it was bikes, a KLE500 and a KTM990, and by the end of the trip the KLE was pretty much trashed. On their third epic trip together, Lawrence Bransby and his son Gareth head for the notorious Pamir Highway, the second highest "highway" in the world, tucked deep in the Pamir Mountains of Central Asia. For those in the know, this area has roads and tracks that can be defined as "motorcycle adventure travel at its best". And it didn't disappoint.

"...add to this river crossings, landslides, mine fields, heavy snow and with Afghanistan sometimes a mere 20 metres to your right, this road is what adventure bike riding is all about... There is no easy route to Kalaikhum--either way will turn into a goat track or a muddy quagmire, with the road climbing to altitude and clinging to the side of a cliff face, and you'll not avoid a river crossing either... Landslides are almost as common as river crossings... It takes you out of your comfort zone completely - to regions where English is not spoken... where the writing is completely unintelligible, where you cannot afford to be ill or injured, where freedom of movement is restricted and political stability can be a smokescreen... It's an unpredictable road journey - extremes abound, whether it's the late winters and snowbound passes or natural disasters such as landslides and earthquakes... What more could you ask for?" (Kevin and Julia Sanders, The World's Great Adventure Motorcycle Routes)

If you enjoyed There Are No Fat People in Morocco and Two Fingers on the Jugular, you'll love this third adventure motorcycle travelogue by Lawrence Bransby.

What listeners say about The Wakhan Corridor

Another outstanding Trip by Lawrence and Gareth

Great travel writing with very good narration. Sometimes grim but at times tongue in cheek hilarious accounting of a most unusual trek on motorcycle. 2016! ergo a bit insensitive in some of the comments toward the end of the trip.