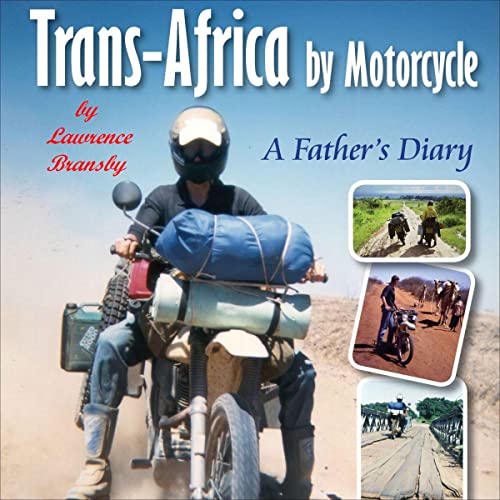 Most people would regard it as irresponsible madness for a father to take his 17-year-old son, riding old and somewhat worn-out XT500 motorcycles, on a four-month ride across Africa. But Lawrence Bansby did.

In this era of celebrity, fully-supported long-distance motorcycle journeys with 4X4s carrying spares, a camera crew, etc. etc., Lawrence and his son Gareth set off on their old but bulletproof XT500s with a handful of spare parts, very little money, and the three Michelin maps that cover Africa. The plan was to travel north from their home in Natal, South Africa, then west through Zaire, the Central African Republic, Nigeria, Niger, and, finally, across the Sahara through Algeria, but it was not to be…wars in Sudan and Zaire, plus murders of Europeans in Algeria, forced them further and further east until they found themselves in Eritrea on the Red Sea coast, with war-torn Sudan blocking their way to the west and the closed border of Egypt to the north.

For all bikers who have embarked on long-distance adventures, those planning a trip of their own, or the armchair traveler who always thinks, “what if…”, this diary is a must: touching, interesting, exciting, and filled with insight about the countries they traveled through and the people they met along the way. Unlike many travel diaries of this sort, however, Trans-Africa by Motorcycle: A Father’s Diary is the account of a growing relationship between a father and son, of seeking adventure together despite the limitations of finance and equipment, of achieving that which, at heart, every father secretly wants to do with his son or daughter. And what is even more special is that, 25 years later, father and son still ride together, adventures that have taken them into Russia, Morocco, and three journeys into Central Asia.

What listeners say about Trans-Africa by Motorcycle

Leaving South Africa and depressed and missing his wife, the writer complained bitterly half way across Africa.
No wonder his son is stoic and laconic. He's balancing his father's drama.