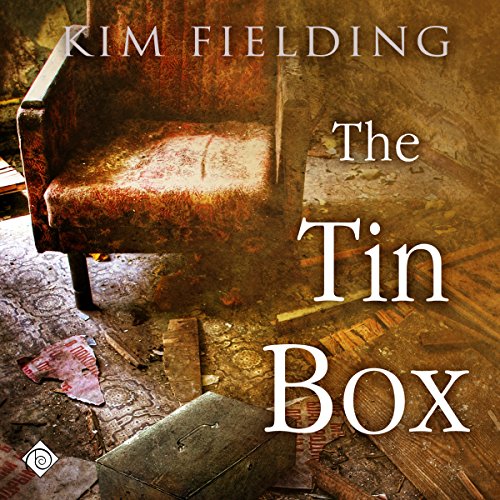 William Lyon's past forced him to become someone he isn't. Conflicted and unable to maintain the charade, he separates from his wife and takes a job as caretaker at a former mental hospital. Jelley's Valley State Insane Asylum was the largest mental hospital in California for well over a century, but it now stands empty. William thinks the decrepit institution is the perfect place to finish his dissertation and wait for his divorce to become final. In town, William meets Colby Anderson, who minds the local store and post office. Unlike William, Colby is cute, upbeat, and flamboyantly out. Although initially put off by Colby's mannerisms, William comes to value their new friendship, and even accepts Colby's offer to ease him into the world of gay sex.

William's self-image begins to change when he discovers a tin box, hidden in an asylum wall since the 1940s. It contains letters secretly written by Bill, a patient who was sent to the asylum for being homosexual. The letters hit close to home, and William comes to care about Bill and his fate. With Colby's help, he hopes the words written 70 years ago will give him courage to be his true self.

What listeners say about The Tin Box

Absolutely amazing, both story and narration.....

Where does The Tin Box rank among all the audiobooks you’ve listened to so far?

I would have to say that both this and Brute (yet to start Rattlesnake) are in my top 5 audio books. The Tin Box probably ranks no. 1. Full of emotion, and when William reads Billy's letters to his lover, I bawled...and you could hear the narrator's quavering voice too. Kc was definitely affected by the sadness of the letters content.

Have you listened to any of K.C. Kelly’s other performances? How does this one compare?

Oh yes, I've listened to several of Kc's narrations...especially The Knight of Laguna Avenue by Tara Lain, which is another brilliant characterisation.

It was, but it was impossible. I needed a break from the overwhelming emotions this story conveys.

A beautiful, beautiful story. You'd be mad to miss it....and be prepared to have tissues handy, you'll need them unless you've got a heart made of stone.

Wow! Such a beautiful, moving story.

Wow! Such a beautiful, moving story. Perfectly narrated by K.C. Kelly.
My heart goes out to Bill and Johnny and all those who have suffered in such an appalling way.
I'm so glad Will and Corey found each other.

A poignantly told story blending the past atrocities perpetrated to "cure" homosexuality with a modern romance. Such a tale could have been gruesome but Kim created a wonderful, awful way of highlighting our less than savory past, while telling a sweet love story.

Much more than a romance. A must read.

There are many layers to this story. The almost delicate way that it is told makes it that much more powerful. Sometimes a simply told and not overly embellished story can really make you think.

You have to buy this!

I buy 3-4 books a week on Audible but I have never written a review until now. Both the story and narration were so moving. This book just hit me right in the heart! Buy it!

Would you consider the audio edition of The Tin Box to be better than the print version?

The performance of this is so good that I would say he adds something above what you can get from just reading it.

Which character – as performed by K.C. Kelly – was your favorite?

I think he does Colby the best. Colby is such an animated character, and he captures the emotional range really well.

I definitely cried in this book.

It's been a long time since I've encountered such a beautiful and inspiring book. I wish there were more stars to give. I've read Kim Fielding before and enjoyed it, but this gives me a whole new appreciation for her writing.

This story is both heartbreaking and hopeful. It's a story of injustice and cruelty, but it's also about personal growth, identity, compassion, and love.

The story is immediately engaging. The characters are very real and relatable. It was such a pleasure getting to know William, Colby and Bill. The reading by K.C. Kelly is great, and the voices suit the characters perfectly.

All in all I highly recommend this book, especially for those with an interest in LGBTQ social and historical issues. And don't forget the tissues!

*I received a free copy of this audiobook to read for Inked Rainbow Reads in exchange for an honest review.*

No good reason for book

Narrator I guess was told to make sure a overly affected lisp should be used, no reason for it and highly grating to listen to book.

I enjoy her books. They make me feel good.

Her books make the reader feel good. It is so needed right now. I love her character’s.

I really like all of Kim Fielding's books, but this one is exceptional. The story, the message, the chemistry, the subtle nuances of pacing; everything worked for me. K.C. Kelly did a great job with the character's voices - I particularly liked the slight catch in his voice when Colby was being impish or vulnerable, and the longing in the voices of both of the Williams. This is one to treasure and re-listen to.

A rare find, must read for anyone interested in lgbtq issues

I could not get it out of my mind. Part of it is such a sad story. But the relationship between the main characters is so much fun and heart warming that it is worth all the readers tears. I discuss this book with anyone who will listen to me. It’s important to remind the public of the tortures the LGBT community has endured from homophobic monsters and still suffering today.

This book is so good

There are some very emotional aspects to this book, and I definitely shed some tears, but this book was very good. The story was believable. I don't want fo give anything away, but i highly recommend it. I also liked that the author did not go overboard with the sex scenes .

Most moving and inspiring book ...

Most moving and inspiring book I’ve read in quite some time.
I don’t have many, but this one is a “must read”.
Kelly was the perfect choice for narrator too.
One day I’ll read this one again.