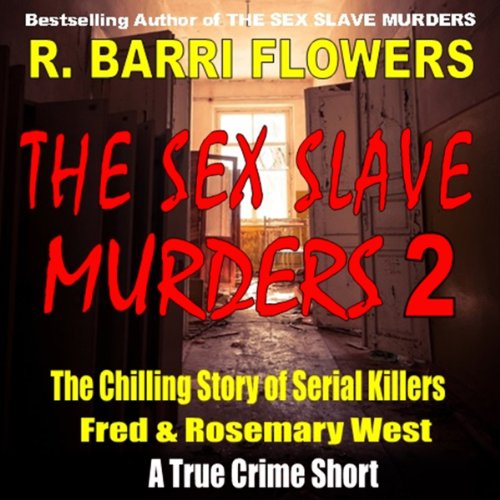 By: R. Barri Flowers
Narrated by: John Eastman
Try for £0.00

The gripping tale chronicles the lives of Britain's most infamous husband and wife serial killers couple. Over the course of two decades, Fred and Rosemary West murdered more than a dozen young females. Most of the murders were sexually motivated and took place at the couple's house of horrors on 25 Cromwell Street in Gloucester, in South West England. Only when the killers were brought to justice did their murderous reign of rape, torture, bondage, and terror come to an end.

As a bonus, included is a complete true crime story on American serial killer couple Alton Coleman and Debra Brown, who during one hot summer claimed the lives of eight people during a shocking and murderous crime spree across multiple states in the Midwest.

Also included are excerpts from The Sex Slave Murders, which recounts the frightening tale of married American serial killers Gerald and Charlene Gallego, and the sex slave fantasies that fueled their kidnapping and murder of teenage girls and young women.

What listeners say about The Sex Slave Murders

30 minutes of the west story

only the intro-chapter of 30 minutes is the west-story, the rest of the audiobook is the "bonus-story" of two different killers. interesting enough I guess, but not what I came here for.