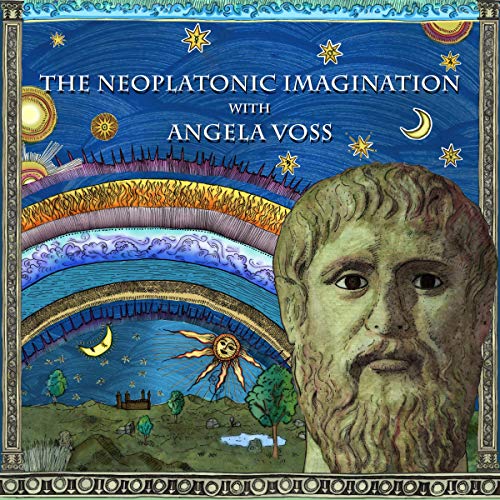 The Neoplatonic Imagination with Angela Voss

These three lectures are an introduction to one of the most important schools of philosophy in the ancient world, the followers of Plato (c.348-428 BCE) who are now called the Neoplatonists. Writing from roughly 100 to 500 CE, these philosophers offered interpretations of Plato’s ideas from varying perspectives but always focusing on the nature of the human soul, and its relationship with the cosmos and with the one, the supreme, divine ground of being which gives rise to all that is. Each lecture is devoted to a different personality and viewpoint - Plotinus’ contemplative approach, Iamblichus’ ritual approach, and the visionary mysticism of the legendary Hermes Trismegistus.

These three mystical "ways" of attaining divine knowledge - which are ultimately one - are important because they provide the raw material as it were for the underlying philosophy of the Western esoteric traditions. These hidden and initiatory undercurrents to esoteric monotheism have given rise to the practices of alchemy, astrology, Kabbalah, and natural magic which were developed in the Renaissance period where they enjoyed an ambivalent relationship with Christianity. The translation into Latin of many hitherto unavailable Greek sources instigated a flowering of culture, a renewal of religious experience, and a new emphasis on working with the divinity within nature and cosmos in practical ways to achieve gnosis, or spiritual knowledge.

Session 1 - Plotinus and the Neoplatonic Cosmos

In this lecture, we will introduce the most well-known of neoplatonists, Plotinus. His Enneads are a manifesto for a contemplative yet intensely intellectual path to transcendence and union with the divine. Plotinus was also one of the first philosophers to exalt the power of the imagination to its role of mediator between heaven and earth.

In contrast, Iamblichus’ path was one of ritual practice, and he developed the work of "theurgy" or "divine action" involving contacting the spiritual presences in nature and cosmos in order to raise the consciousness of the soul to remember its true identity. Iamblichus’ use of symbolic objects and incantations as mirrors of divine ideas is based on the theory of sympathy and correspondence which is a feature of all Western esoteric traditions.

Hermes was a mythical figure under whose name a body of texts was composed in the same period as our previous two philosophers. These texts are examples of initiatic practices combining Egyptian and Greek elements, and were to have great influence on the Renaissance ideal of human autonomy, as well as on the power of art to convey symbolic insight into the human condition.

What listeners say about The Neoplatonic Imagination with Angela Voss