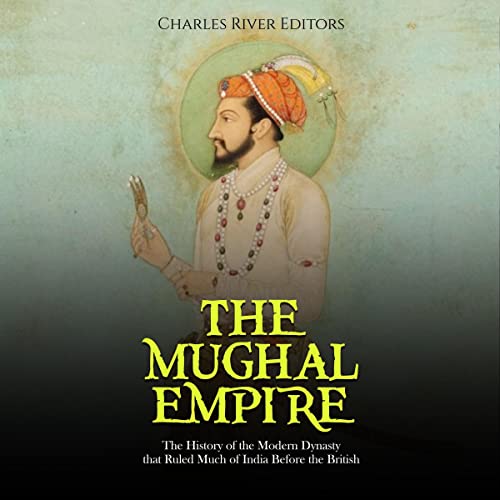 By: Charles River Editors
Narrated by: KC Wayman
Try for £0.00

India has been the location of many different empires throughout its long history. The Indus Valley Civilization was home to one of the world’s first civilizations more than 5,000 years ago, which was followed by the Aryan-Vedic culture and then a host of other kingdoms that flourished across the subcontinent. India has also been the birthplace of many religions. The Vedic religion of the Aryans evolved into the Hindu religion, and Buddhism and Jainism were also born in India. By the Middle Ages, India was home to many different religions and ethnic groups, with dozens of languages being spoken, making India less of a single, unified country and more of a land of many countries. Despite India’s tradition of cultural and political pluralism, several rulers attempted to place the entire subcontinent under the rule of one dynasty or government with a dominant religion. Most of these would-be rulers were far from successful, although a few came close, setting the template for later conquerors.

The Mughals, a group with Turkish and Mongolian roots, also used gunpowder weapons to sweep into northern India, topple the existing Islamic dynasty in Delhi, and eventually subject most of India to their rule. The term “gunpowder empire” was originally coined by Russian scholar V. V. Bartold and popularized by American historians William McNeil and Marshall Hodgson in the mid-20th century to describe the Islamic Ottoman, Safavid, and Mughal empires, which they claimed came to power through gunpowder. Although that core thesis has been challenged by historians in recent years, who argue that gunpowder weapons were a feature or result of the rise of these empires, not the cause for them, the term is still used (Streusand 2011, 3).

To be fair, the Mughals rose through a combination of political acumen and battlefield brutality, and they held onto their empire for hundreds of years in much the same way. In the process, the Mughals developed a state that was unique in many ways, adopting elements of Islamic culture and meshing them with native Indian culture and even Western European culture. When the British conquered India in the mid-19th century, they had the benefit of inheriting the Mughal system, which, despite many problems, proved to be a suitable template for rule over a land as vast and diverse as India.

Unlike previous societies in Asia, there is no shortage of primary sources relating to Mughal history. The Mughals were quite literate, developing a historiographical tradition early, as well as patronizing numerous Islamic scholars, poets, and other writers. Persian, Arabic, Turkish, and Hindi were all used in various Mughal written documents, with more than 6,000 extant Persian language legal documents being kept today in India’s National Archives (Nandini 2014, 408). Texts from the early Mughal Empire were written in Turkish and later translated into Persian and English, and those from the reign of Akbar (r. 1556-1605), including the history of his reign, Akbarnameh, which was written by Abul-Fazl, were recorded in Persian (Lawrence 1999, 407).

The British also took a keen interest in Mughal history, perhaps at least partly using the texts to see what worked and what did not during their predecessors’ rule over the subcontinent. The Cambridge History of India was a five-volume work that was published between 1922 and 1937, during the last phase of British rule in India, as a critical examination of the Mughal system, as well as English translations of their historical chronicles (Streusand 2011, 8). In fact, most of the English translations of Mughal historiographical texts were done by Victorian British scholars known as “Orientalists,” who could read Sanskrit, Persian, Turkish, Arabic, Hindi and most other Indian languages.

What listeners say about The Mughal Empire: