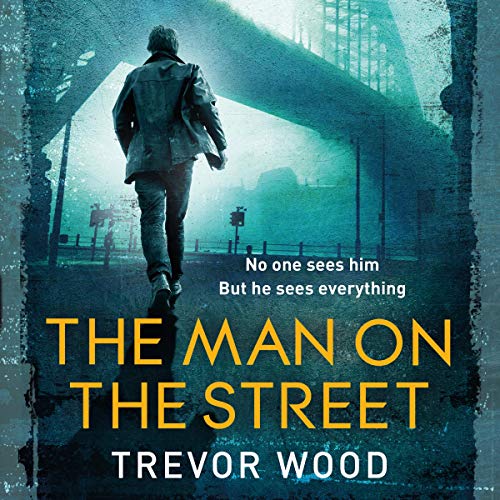 Buy box is not available to display at this moment. Sorry for the inconvenience
To purchase this book, please visit this page later or call our 24/7 customer service

Gritty, newcastle-set crime for fans of Ian Rankin and Robert Galbraith. Shortlisted for the CWA John Creasey Dagger and a Theakston's New Blood author for 2020.

It started with a splash. Jimmy, a homeless veteran grappling with PTSD, did his best to pretend he hadn't heard it - the sound of something heavy falling into the Tyne at the height of an argument between two men on the riverbank. Not his fight.

Then he sees the headline: GIRL IN MISSING DAD PLEA. The girl, Carrie, reminds him of someone he lost, and this makes his mind up: it's time to stop hiding from his past. But telling Carrie, what he heard - or thought he heard - turns out to be just the beginning of the story.

The police don't believe him, but Carrie is adamant that something awful has happened to her dad and Jimmy agrees to help her, putting himself at risk from enemies old and new.

What listeners say about The Man on the Street

I thoroughly enjoyed this book. I was gripped from the start. Very cleverly written and unpredictable. Cannot recommend highly enough.

More is all I can say, just more. So wonderful to encounter such an original take on a crime novel. Not only that but wonderful, believable characters who aren’t all good or all bad simply human. Brilliant work. MORE!

Thou
Thoroughly enjoyed this book. Good story with believable characters and plot lines. Good narrater too. Loved it

I couldn't believe the main character

I found that the main character, Jimmy, was not at all believable, the world was against him, and that was partly because of the attitude he displayed. The whole book was miserable, unbelievable and there were far too many uses of bad language.

I just found the whole experience unpleasant and won't bother with any more by this writer.

Excellent, hope there are many more! I was nudged in its direction by Laura Wilson's review in The Guardian, so thanks to her too

great crime novel with a twist

Loved this. Unusual set up good plot and characters. waiting for next in series! The narrator was also very good, a proper Geordie. Happy to see a protagonist who isn't just the archetypal "flawed detective".

I loved this book - full of insights into life on the streets and the reality of living with PTSD, and yet with some sense of hope and redemption. Great Newcastle setting, too.

A gripping tale set in the shadowy corners of Newcastle upon Tyne. Beautifully drawn characters which evoke sympathy and disgust at every turn. A brilliant debut novel, brought to life in this audiobook by the excellent Dave Nellist.

A wee bit too long

I liked this book but it went on for a bit too long. A bit of honing would have done it some good

I don't know why Trevor Wood is not that well known. His characters are complex and he tells a great story. David Nellist is perfect.

The story is well written and recited with engaging emotion which captures the listener. The unfolding of events is unforgettable and written at a wonderful pace and rhythm. The perspective and situation of the hero is riveting.