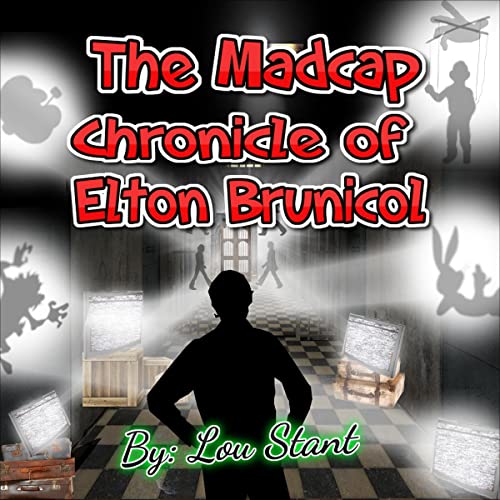 The Madcap Chronicle of Elton Brunicol

Elton is in the throes of a dilemma. His supernatural experiences might get him diagnosed as a schizophrenic. This would, of course, inevitably lead to what he fears the most—being put on medication that would entail potentially serious side-effects. He would prefer to learn to master these other-worldly experiences on his own, thereby keeping them secret, both for his own personal development, and in order to avoid inviting "the system" into his life; a system that would surely insist upon his acquiescence to its demands. His attempts at mastering his condition have, however, proved to be quite difficult, and controlling the experiences may be impossible.

Should Elton keep his condition secret, or should he let the cat out of the bag through consulting with mental health professionals? Join Elton on his personal odyssey, as he experiences one wacky, mind-bending episode after another

What listeners say about The Madcap Chronicle of Elton Brunicol